Language Movement - a Turning Point in Our History 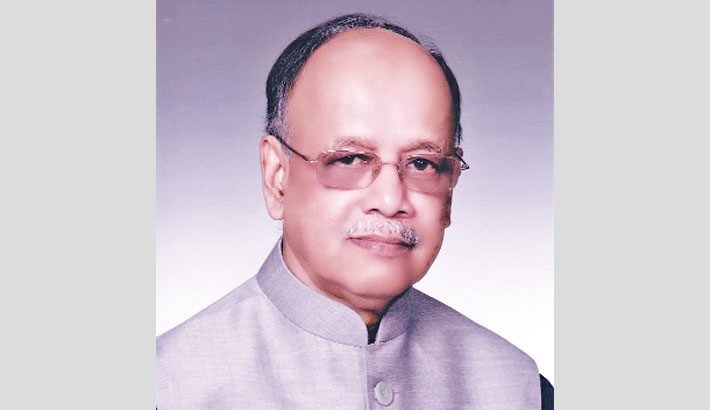 21st February will be observed throughout the world as the International Mother Language Day. In 1999 UNESCO recognized the day as an International Mother Language Day. The general consensus is that there are between six to seven thousand languages currently spoken around the world and around 50% to 90% of them will have become extinct by the end of this century. The UNESCO’s recognition came through intense lobbying with the help of Bangladesh government by two Bangladeshi’s living in Canada, Abdus Salam and Rafiqul Islam.

Muscle, money and merit have always been used as tools of repression and exploitation for time immemorial. All the colonial rulers used these tools to conquer others’ territories forcefully and rule and exploit them for centuries. For the first time, the Pakistan rulers tried to use language as a tool to exploit the inhabitants of East Bengal immediately after the Jinnah’s state of Pakistan was created in 1947. The language they planned to use as a tool of exploitation was Urdu, spoken by less than  6 per cent of the people of entire Pakistan and that too those who migrated from India to Pakistan after1947.

The provinces of the part that now constitutes Pakistan did not support the establishment of Pakistan in the provincial assembly election of 1946 which was considered as referendum for Pakistan. It was only the Muslims of undivided Bengal which voted overwhelmingly for Muslim League, the party which was in the forefront of the Pakistan movement, seen as a movement to create a separate homeland for the Muslims. It was only in Bengal that Muslim under the leadership of Huseyn Shaheed Suhrawardy that formed a government in 1946 in Bengal and served as the Prime Minister of Bengal till Bengal was divided in 1947. He was one of the political leaders who fought for an independent united Bengal separate from both Pakistan and India. Unfortunately his and others’ dream did not succeed.

That philosopher poet and writer Allama Iqbal dreamt of Pakistan, as is claimed by the Pakistanis, is not true. He proposed a separate earmarked region in the north west of India for the Indian Muslims who were considered a backward class during that time. Iqbal died in 1938 before the concept of a separate homeland of Indian Muslims could take a complete shape. Pakistan was created in 1947 with hopes that the socio-economic condition of the Muslims of the East and West Pakistan would change as that was the primary idea of creation of Pakistan.

Muslim League under Jinnah preached that once Pakistan was created the Muslims of Pakistan would be able to shape their destiny. But from the very beginning things did not go as propagated by Jinnah and his followers. One of hidden agenda behind the creation of Pakistan was to use the state machinery to exploit those who were earlier exploited by the colonial rulers. The plan was just to change the rulers and not the fate of those ruled. Undivided Bengal was the richest of all the provinces when the English took over the rule of Bengal after the battle of Plassey in 1757 and continued to remain so for the next one hundred and fifty years. Bengal (including Assam) was plundered by the colonial rulers during this time and when they left India in 1947, Bengal’s economy was in ruins. But still it had the best fertile land in the whole of India and other natural resources that would fuel the economic growth of free India. But unfortunately because of the short sighted and self-seeking politicians, Bengal was divided. But still in the then Pakistan the eastern wing possessed most of the natural resources and the Pakistani rulers from the west, mostly from Punjab and Uttar Pradesh knew that to make Pakistan a viable state it must keep on continuing the exploitation of its eastern wing. To begin with they tried to use language as a tool of exploitation.

Even before Pakistan was created, there were propositions from persons like the Vice-chancellor of Aligarh Muslim University in July of 1947 Dr. Ziauddin that the official language (he did not use the word state language) of Pakistan should be Urdu. In the month of May, 1947 in an Urdu literary conference held in Hyderabad, Chaudhry Khaliquzzaman, a prominent Muslim League Leader who was presiding in the conference declared that ‘Urdu would be the National Language of Pakistan.’  Before that in 1937 Jinnah proposed that the official language of Muslim League should be Urdu but it could not be endorsed as Sher-e-Bangla A K Fazlul Haque from Bengal Muslim League protested against it.

All these Muslim League Leaders forgot that the majority of the population of what was perceived to be the state of Pakistan would be Bangla speaking; only about six per cent of the people spoke Urdu. A multi-lingual country may have an official language and not necessarily a national language. India has at least twenty three major languages but constitutionally it declared that Hindi and English would be considered as official language and states would be at liberty to use its own language (Article 343 of Indian Constitution) for its everyday purpose.

Once Pakistan was created the conspiracy of imposing Urdu, the minority people’s language, on the people of Pakistan continued. If it was successful, the bulk of the people of Pakistan, especially those from East Bengal forming the majority, would overnight become illiterate for government jobs and other professions.

On 19th March 1948 Jinnah made his maiden trip to Dhaka as the Governor General of Pakistan and on 21st March addressed a large gathering in the Ramna Race Course (Suhrawardy Uddayan) that ‘Urdu and Urdu shall be the state language of Pakistan’. Jinnah addressed in English as he himself did not know Urdu. As soon as he made the announcement, there was instant protest from amongst the audience, mostly by the young students of Dhaka University. On the following day, Jinnah was to address a special convocation arranged for him at the Curzon Hall of Dhaka University. This time the students of the University were prepared to protest if Jinnah made a similar statement in the convocation. Jinnah reiterated the statement and this time the protest was loud and clear and amongst those who participated in the protest was the young Sheikh Mujibur Rahman. For the organizers and as well as Jinnah this was unexpected and Jinnah had to finish his speech in a haste without pressing the matter further. The protest at the Curzon Hall can be seen as the first organized protest against the ill-conceived conspiracies of the rulers of Pakistan to exploit the people of its eastern wing.

Mujib from his student days in Calcutta knew very well that to make any people’s movement successful one needs to have organizations. In 1948 under his guidance and supervision East Pakistan Muslim Chhatra League was established (later the world Muslim was dropped to give it a secular character). Virtually this was the first opposition party of the newly created Pakistan. In the following year East Pakistan Muslim Awami League was established and Mujib played a key role in creating the party. When the party was formalized Mujib was in prison but he was made the joint secretary of the party.

From 1948 to 1952, the year when the Language Movement gained momentum Chhatra League, Awami League and other likeminded progressive parties played important roles in making the movement successful. The Language Movement can be termed a very crucial turning point in the history of Bangladesh. Hypothetically if the language movement did not take place, if the Pakistani rulers would be more pragmatic and listened to the voices of the masses and majority people, the subsequent events could have been different. But history had a different place for them. In 1954 provincial assembly election in East Bengal, the people of Pakistan saw the tragic  demise of Jinnah’s Muslim league in East Bengal at the hands of Jukta Front (United Front) led by Maulana Bhashani, Huseyn Shaheed Suhrawardy and Sher-e-Bangla A K Fazlul Haque. During this election young Sheikh Mujib played an important role as an active worker to make Jukta Front win the election.

1962 saw the movement against the Sharif Commission Education policy which was again led by the students of East Bengal, Chhatra League and Chhatra Union being in the forefront. Then came the anti Ayub movement of 1968 and the mass upsurge of 1969 to be followed by the election of 1970 and the Liberation War of 1971. What began in 1948 with a simple protest at Ramna Race Course ended with the creation of an independent state of Bangladesh in 1971. During these long 23 years of united Pakistan, in all pro-people movements against the rulers of Pakistan Awami League, Chhatra League and other pro-people parties like NAP, Tamuddin Majlis, Gontontri Dal, Gono Azadi League played key roles. Besides the student leaders, political leaders like Maulana Bhashain, Huseyn Suhrawardy, Sheikh Mujibur Rahman and others led from the front. However at times some of these leaders hesitated or had other ideas but one person, Sheikh Mujib, later Bangabandhu and the Father of the Nation, never hesitated to join, support or lead any movements that were waged for the common benefit of the people of East Bengal. When in 1966 he laid down the Six-Point Programme for the emancipation of the people of East Bengal, there were even opposition from his own party. The party President Abdur Rashid Tarkabagish even decided to step down from the party presidency on this count. But Sheikh Mujib decided to go alone as he knew the people were behind him even though it meant risking his life.

The history of Bangladesh cannot be written without mentioning the role of the few people and organizations of this country. This would surely include the names of national leaders like Maulana Bhashani, Huseyn Shaheed Suhrawardy, A K Fazlul Haque, Sheikh Mujibur Rahman, the Chhatra League and the Chhatra Union. Bangladesh unfortunately no longer produces leaders like them nor the student parties whose name the present day student parties inherit. It is only Sheikh Hasina, the eldest daughter of Sheikh Mujib who holds on to the legacy of her illustrious father and after her many see an era of uncertainty and deluge.

My tributes to the memories of the Father of the Nation Sheikh Mujibur Rahman and the martyrs of the Language Movement!