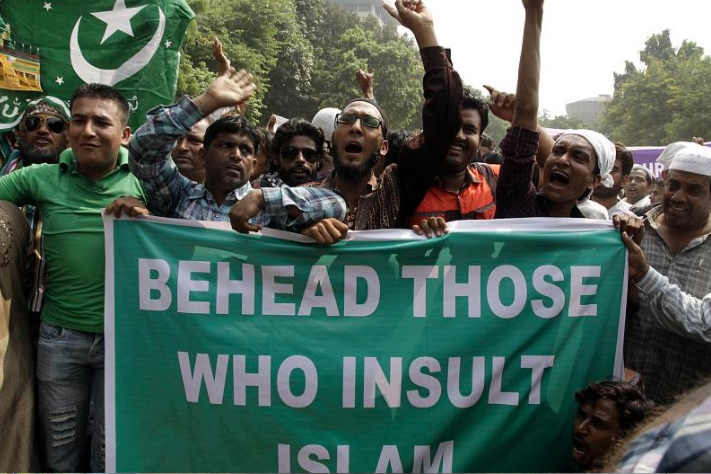 In yet another incident of discrimination against minorities in Pakistan, two Christians were charged with the controversial blasphemy law for their alleged insulting remarks against Islam’s holy book and the Prophet.
On Wednesday, Punjab police said that they are seeking the arrest of the two men, who have been identified as Haroon Ayub and Salamat Mansha.

The case was filed last Saturday on the complaint of a local resident, an investigating officer said.
He provided no further details and only said they were still investigating to determine whether the two minority Christians made derogatory remarks about the Quran and Holy Prophet Muhammad (PBUH) during a discussion on religion.

Pakistan’s blasphemy law carries an automatic death penalty for anyone convicted of insulting God, Islam, or other religious figures.

Many members of the minority communities in Pakistan – the Ahmadis, Hindus, Christians and Sikhs were charged with the blasphemy law. Many of them are languishing in jails on the false charges of disrespecting the Quran.

According to a 2016 Amnesty International report, it is difficult to establish precise information on the number of blasphemy cases in Pakistan as there is limited available data.

However, according to figures compiled by the National Commission for Justice and Peace (NCJP) and cited by Amnesty, at least 1,335 people were accused of blasphemy in Pakistan between 1987 and 2016.

Pakistan’s population is comprised of 96 per cent Muslims. Although most of the people accused of blasphemy in the country are Muslims, minorities like Christians, Hindus, and Ahmadis are disproportionately affected by these laws. Although they make up about 3.8 per cent of the population, about 50 per cent of reported blasphemy cases are filed against them.

Moreover, Anneqa Maria, a lawyer in Pakistan who defends those accused of blasphemy, said that blasphemy law is often misused as a tool to settle grudges.