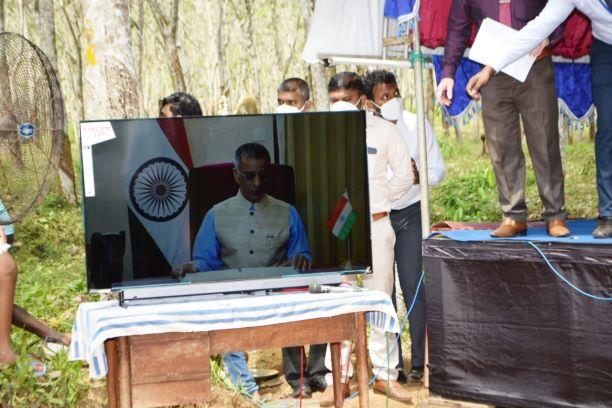 In a special video message, High Commissioner Baglay addressed the gathering and said that India will continue to support Sri Lanka during these challenging times within the limits of its capacity.

He said that India is committed to assist Sri Lanka in its’ overall socio-economic development focusing on the priority areas of the Government.

The High Commissioner said that the project to construct 10,000 houses for the plantation area, promised by Indian Prime Minister Narendra Modi will begin this year. “The project will start soon on new modalities of cooperation in line with the vision of late Minister Arumugam Thondaman.”

These 50 two-bedroom houses will be constructed in an owner driven model. The project will be implemented in close consultation with the Estate Infrastructure and Community Infrastructure State Minister Jeevan Thondaman.

India’s overall commitment of development assistance to Sri Lanka stands at US$ 3.5 billion and among these US$ 560 million is under grants.