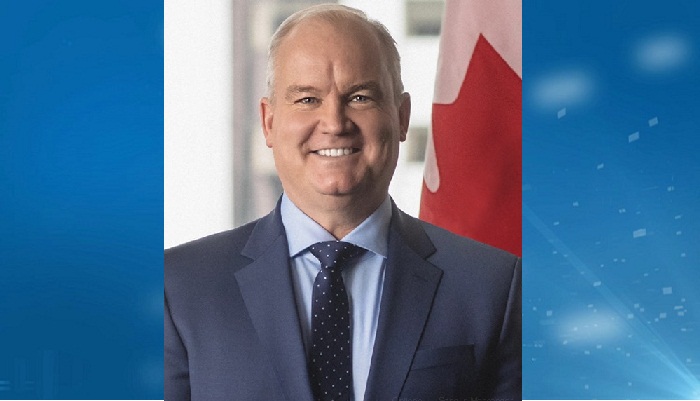 Canada’s main opposition party on Tuesday urged the government to press the International Olympic Committee to move the 2022 Winter Olympics out of Beijing, arguing China is committing a genocide against more than 1 million Uighurs in the western Xinjiang region.

Conservative Party leader Erin O’Toole said Canada should not be turning a blind eye to genocide.

“Canada must take a stand, but we do not need to do this alone. We should work with our closest allies,” O’Toole said.

O’Toole said China is also imposing a police state on Hong Kong and arbitrarily detaining two Canadians in Chinese prisons He said if the Olympics are not moved, a boycott could be considered.

Responding during a news conference, Prime Minister Justin Trudeau was noncommittal, saying the issue was being looked at by the Canadian and International Olympic Committees “and we will certainly continue to follow it closely.”

He also hesitated at using the “extremely loaded” term “genocide.”

“There is no question there have been tremendous human rights abuses reported coming out of Xinjiang and we are extremely concerned about that and have highlighted our concerns many times. But when it comes to the application of the very specific word genocide, we simply need to ensure that all the i’s are dotted and t’s are crossed before a determination like that is made.”

British Foreign Secretary Dominic Raab said in October that an Olympic boycott by his country is a possibility, and new U.S. Secretary of State Antony Blinken has said he believes genocide was being committed in China. The World Uyghur Congress recently labelled the event the “Genocide Games” and asked the IOC to move the Olympics from China.