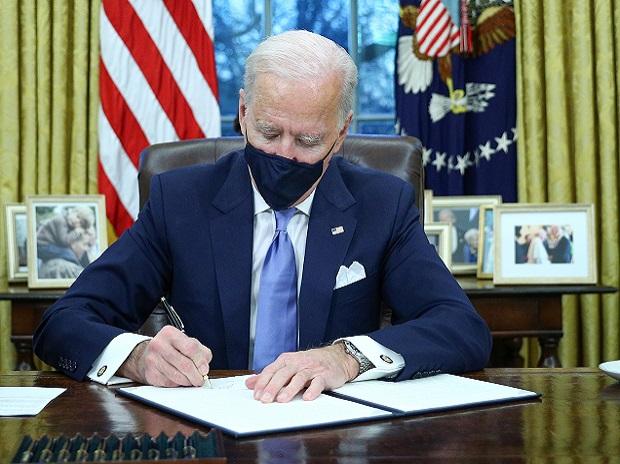 US President Joe Biden on Tuesday (local time) said that China will have to face repercussions over human rights abuses.

"The US must speak up on human rights abuses and that there will be repercussions for China, and (Xi Jinping) knows that," Biden said during CNN town hall.

"What I'm doing is, making it clear that, we, in fact, are going to continue to reassert our role as spokespersons for human rights at the UN and other agencies that have an impact on their attitude," CNN quoted Biden as saying.

Biden went on to explain what he told the Chinese leader with regards to human rights abuses and the United States' stance during his phone call to President Xi jinping.

"I point out to him no American President can be sustained as a President if he doesn't reflect the values of the United States. And so the idea is, that I am not going to speak out against what he's doing in Hong Kong, what he's doing with the Uyghurs in the western mountains of China and Taiwan trying to end the one-China policy by making it forceful...he gets, it culturally there are different norms that each country and that leaders are expected to follow," Biden said.

"China is trying very hard to become the world leader. And to get that moniker and be able to do that they have to gain the confidence of other countries. And as long as they are engaged in an activity that is contrary to basic human rights, it's going to be hard for them to do that," Biden said adding that the issue and China policy, in general, is "much more complicated than that, I shouldn't try to talk China policy in 10 minutes on television."

President Biden elaborated about his administration's vaccine plans and the timeline for distribution, he affirmed that Covid-19 vaccines will be widely available to the general public by the end of July.

Assuring that the country may be back to normal by 'next Christmas', Biden said, "By the end of July we'll have over 600 million doses, enough to vaccinate every single American."

Asked when he thinks the country will get back to normal, President Biden said he is cautious of predicting a timeline, but pointed to "next Christmas" as a moment where the nation could be under a "very different circumstance," CNN reported.

"I'm not going to call names out, Look, for four years all that's been in the news is Trump. For the next four years, I want to make sure all the news is the American people," Biden said while he was asked about House Speaker Nancy Pelosi's comment that Republican senators who voted to acquit former President Trump were "cowards.