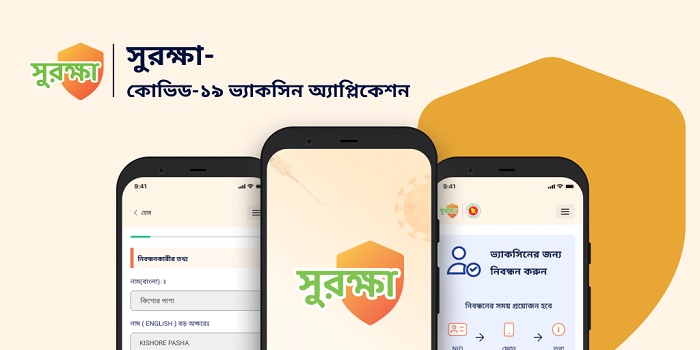 The app has been developed to help the general people have access to the vaccination programme.

Using the app the nurses at the vaccination centers can scan the QR codes on vaccine cards after vaccinating people, and the report will automatically be uploaded to the server.

The Surokkha mobile app developed to help people for registration for the Covid-19 vaccine was scheduled for a launch on the Google Play Store by February 4 but the initiative got delayed as Google is yet to give their feedback on the app, health directorate sources.

Speaking at the inaugural function, the health minister said launching of the Surokkha app has taken the ongoing vaccination programme one step ahead.

He said currently, the vaccination activities are running very well in around 4000 booths of more than one thousand hospitals across country.

Mentioning that Bangladesh has started vaccination activities earlier than many other countries, he said many people had said a lot of negative things and then came to get the vaccine themselves early.

“We need to maintain the vaccine chain and application system. There is no chaos in vaccine distribution," he said.

Zahid Maleque said the government has done better than many countries in Covid-19 treatment service management as people here were able to get treatment in hospitals rather than in tents.

Responding to a question, the health minister said 20 lakh vaccine will arrive from Serum Institute of India in February and the rest of 50 lakh will arrive in the next month.

“We are currently 12/13 in the world rankings in vaccination programme. If we calculate at the end of this month, we will move to the first 4 or 5 in ranking. But this is also an example in the world,” he said.