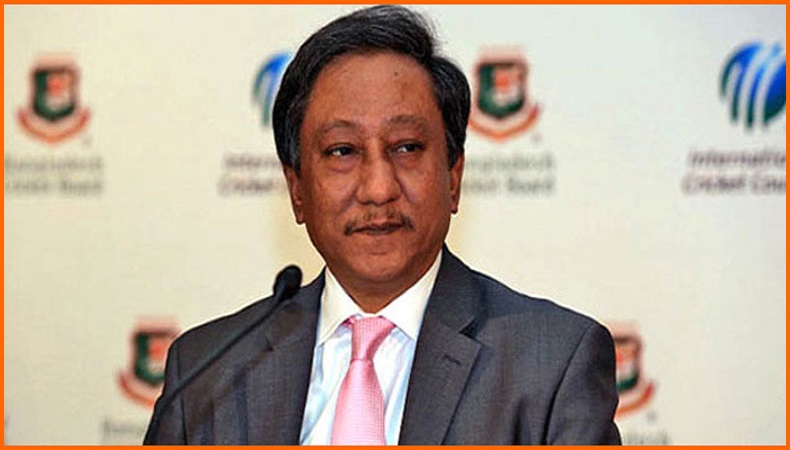 Bangladesh Cricket Board President Nazmul Hassan Papon said on Thursday that he is expecting everything in Bangladesh cricket to be solved in next few months as they have pointed out the problems.

Nazmul has been desperate to find out the reason behind their recent debacle and to identify it he hosted a series of meetings with the board directors, selectors, officials and senior cricketers at his residence in the capital on Wednesday.

The first meeting involved most of the BCB directors apart from Mahbub Anam while national selectors – Minhajul Abedin and Habibul Bashar were also present in it.

Later, Nazmul called another meeting with senior cricketers - Mushfiqur Rahim, Mahmudullah and Tamim Iqbal in the evening to know about their observation regarding their failure to perform in the Test series.

“I sat with the people responsible for the operations and selection of the team, we talked about their responsibilities as they didn’t end with just one series. It’s a matter of continuity,” Nazmul said.

“There have been talks about how they should be more involved and why there is so much information gap between the personnel, as I’ve never seen anything like this before.

“But now I don't know what’s happening, till they get to the field. So there is a gap, it is a huge communication gap between us. I also want to know who is responsible for it,” added Nazmul.

Nazmul added that he knew that they were making mistakes strategically since the series against Afghanistan but wanted to give time to see whether they resolve it on their own or not.

“There are some issues, in planning and strategies, which I personally used to think, were all wrong, but the first time it happened against Afghanistan, they all assumed it was an accident!

“But after playing two Test matches against the West Indies, now everyone understands that there is something really different if you don't want to understand before if you don't think that you are doing something wrong, there is no point in talking to you.

“I can only tell you one thing, this problem is not difficult to solve, it is easy, but everyone has to agree on solving it. It cannot be forced. This process, in my estimation, will be fixed in a few months,” he added.

Nazmul also added that all the players and coaching staff will be vaccinated before the tour of New Zealand.

“We came here today basically to look after the ones that are in priority for the New Zealand tour as the coaching staff are getting vaccinated today (Thursday). The cricketers are also getting vaccinated as I’ve personally seen Tamim Iqbal, Soumya Sarkar, Taskin Ahmed, and Mehidy Hasan Miraz being treated with the vaccine.

“Yesterday I had a conversation with Mushfiqur Rahim and Mahmudullah Riyad. There is no doubt that they are all getting vaccinated today,” said Nazmul.

“Jalal Yunus along with the coaching staff and the team going to New Zealand have also been vaccinated, including all the domestic and foreign coaching staff. The problem of foreigners was that they did not have NID, however, the government has made a special arrangement for them,” he concluded.