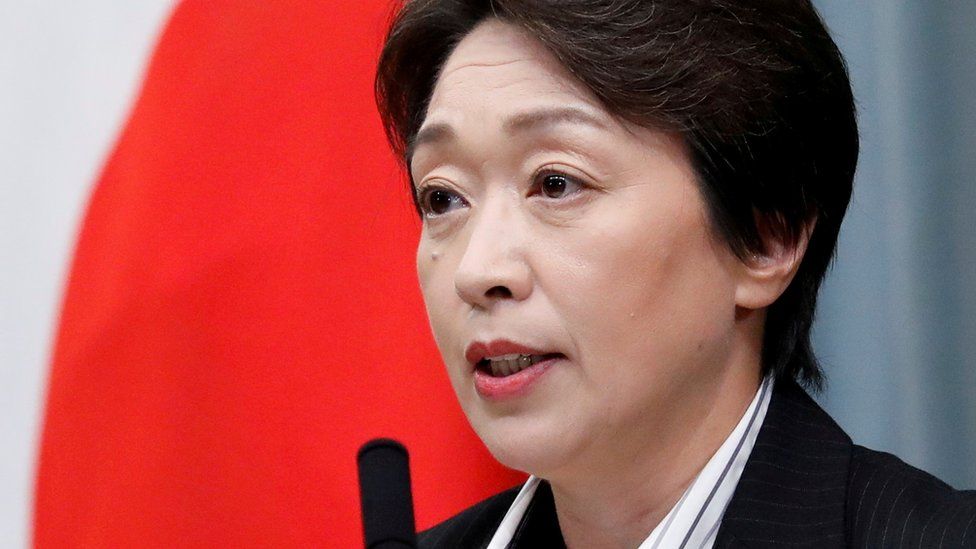 Japan's Seiko Hashimoto has been appointed the next Tokyo 2020 president, after her predecessor quit over sexist comments he made.

The former Olympics Minister is a seven time Olympian herself, having competed as a cyclist and a speed skater.

Former chief Yoshiro Mori resigned following a backlash, after he was quoted as saying women talk too much.

Another octogenarian male leader was initially billed to replace him, but this was also met with protests.

The Japanese Olympic Committee board currently has 24 members, five of whom are women.

Mori had earlier commented that should the number of female board members increase, they would have to "make sure their speaking time is restricted somewhat, they have difficulty finishing, which is annoying".

He later apologised for his "inappropriate statement" and added that the priority was to make sure the Olympics were held in July.

Ms Hashimoto said on Thursday that she had resigned from her role as Olympic minister to take on her new position as chief of the Tokyo Games.

Speaking to the media on Thursday, Ms Hashimoto said she wanted the legacy of the Tokyo Games to be a society that accepted people regardless of gender, disability, race, or sexual orientation.

"I'm sure the Games are going to attract more attention related to gender equality, and in this regard I am determined to regain trust, by my fullest endeavours," she said.

"As someone with an athletic background, I will carry out a safe Games for both athletes and citizens."

The International Olympic Committee welcomed the appointment. President Thomas Bach said in a statement that Ms Hashimoto was "the perfect choice" and her political experience would "help to deliver a safe and successful" Games.

The Summer Olympics will begin on 23 July, after already being postponed by a year due to the pandemic.

Who is Seiko Hashimoto?
The 56-year-old has served as Japan's Olympics minister, doubling as minister for women's empowerment, since 2019

The former athlete has taken part in seven Olympics - competing in speed skating at four Winter Games, and track cycling at three Summer Games. In 1992, she won a bronze medal in the women's 1,500m speed skating event in Albertville, France

Her parents reportedly named her after "Seika", which translates to "Olympic torch" in Japanese
With her daughter's birth in 2000, Ms Hashimoto was the first politician in Japan to take maternity leave while in office - something she campaigned for when she was pregnant. She also became the first upper house lawmaker to give birth while holding office

She is married to a policeman, and is a mother of six including three stepchildren