House help admitted to DMCH with critical wound in throat 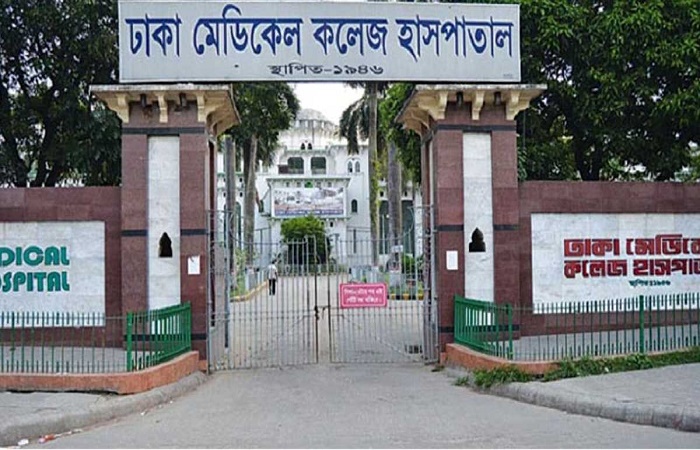 A house help was admitted to Dhaka Medical College and Hospital (DMCH) as she sustained critical injury to throat at her employer's house in capital’s Nayapaltan area Thursday morning.

The injured is identified as Kulsum Akater, 16, hailing from Raipur upazila in Lakshmipur.

Kulsum had been working as a housemaid at the house of couple Aminul Haque and Ferdousi Akhter on the 15th floor of Farooq Tower in Nayapaltan for more than two years.

Ferdousi said that her daughter-in-law went to the kitchen at 9:30 am and found Kulsum lying in a pool of blood.

“We did not know how this happened," Ferdousi claimed.

Later, Ferdousi and other family members took her to hospital in an ambulance.

A doctor at the hospital said her condition is very critical.

Bachuchu Mia, police inspector and in-charge of outpost at the hospital, said they are investigating the incident.