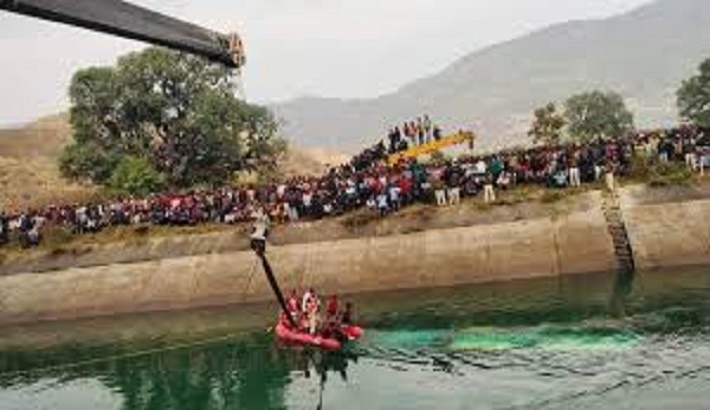 The death toll in Tuesday's bus accident in the central Indian state of Madhya Pradesh has risen to 51, with the recovery of more bodies in the past 24 hours, officials said on Wednesday.

The accident occurred on Tuesday morning when the private passenger bus carrying 50-60 people, including a driver and a conductor, veered off a bridge and plunged into a canal in the state's Sidhi district, some 560 km from Madhya Pradesh's capital Bhopal.

"Rescue operations were halted late on Tuesday night and resumed early this morning. So far, we have recovered the bodies of 51 people, including 20 women and two children,"  district magistrate Ravindra Kumar Choudhary told the media.

Police, meanwhile, said they had arrested the driver of the bus who fled after the accident.

The bus broke through the railing of the bridge before falling into the Sharda canal, after the driver lost control of the speeding vehicle. Ten people, including the driver, swam to safety soon after the accident.