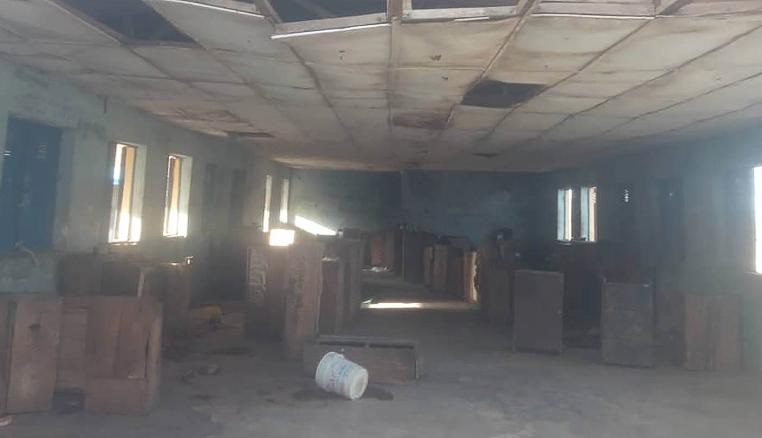 Dozens of students were feared abducted after armed men raided a state-run school in Niger state, in Nigeria's Middle Belt region early Wednesday. One student was killed during the abduction, a resident told CNN.

The gunmen, wearing military fatigues according to witnesses, stormed the Government Science Secondary School Kagara at around 2am on Wednesday morning.

The number of students and staff members kidnapped by the assailants from the boarding facility housing hundreds of schoolchildren is still unknown.

A spokesperson for the police in Niger, did not return CNN's request for comments Wednesday morning.
A Kagara resident Abubakar Mohammed, told CNN that one student was killed by the gunmen.

"At about 2 am, they stormed the staff quarters of the school," said Mohammed who told CNN he was at the school site Wednesday morning and saw a dead body being lifted out of the student's hostel by police.

"They forced the children of staffers to take them to the hostel. There they abducted the students along with some members of staff. They killed one of the students in the hostel. His body is now at the police station in Kagara. Police is now everywhere in the school," Mohammed said.

He added that residents of the community were on high alert after receiving a warning about the planned attack.

"At about yesterday evening, we heard information that bandits were coming to Kagara but we did not know where they will attack. Later at about 10 pm, we heard that they were just on the outskirts of Kagara, there was panic," he said.

President Muhammadu Buhari has condemned the abduction of children.

"The President has directed the Armed Forces and Police, to ensure immediate and safe return of all the captives," Presidential spokesman Garba Shehu said in a statement on Wednesday.

"The President has also dispatched to Minna, Niger State a team of security chiefs to coordinate the rescue operation and meet with state officials, community leaders, as well as parents and staff of the College."

The Nigerian leader was on a week-long sabbatical in the state when the incident occurred.
The students in that invasion have since been released.