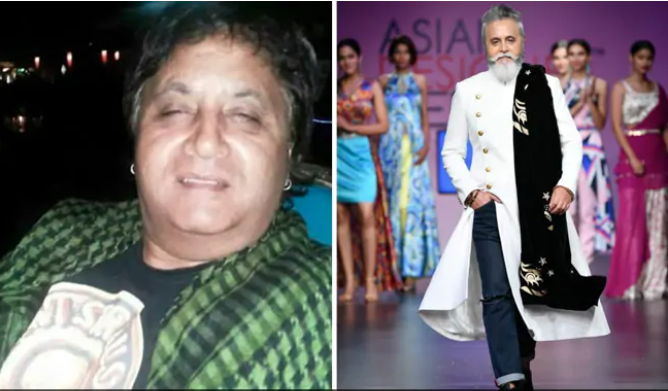 Model Dinesh Mohan has opened up about his inspirational weight loss journey in an interview with Humans of Bombay. At 44, Mr Mohan was going through "the worst phase" of his life. "I suffered a personal loss after which, I was bedridden for a year," he says.

His sister and brother-in-law took him in and got him psychiatric help, but Mr Mohan says he was afraid of taking responsibility and turning his life around. Instead, he became a "parasite" who lived off his sister and her husband.

By his own confession, he would spend his days eating from their fridge as they worked. "I weighed 130 kgs and required assistance to stand up," says Mr Mohan.

The breaking point came one day when his family lost their temper. "You aren't even trying to find a purpose. Can't you see that you're dying in this bed?" they told Mr Mohan - words that jolted him out of self-pity and motivated him to take charge of his life.

"I went to a dietician and began working out," he says. "I'd motivate myself by listening to 'Eye of the Tiger' when I trained; it made me feel strong."

Over time, Mr Mohan lost 50 kgs and his confidence grew. Then one day, he bumped into a neighbour who couldn't recognise him at first.

"He worked for a fashion magazine and posted my 'before' and 'after' transformation pictures," says Dinesh Mohan. The pictures propelled him into fame. "After the pictures came out, my phone kept buzzing with calls from modeling agencies!" he says.

Mohan decided to give modelling a try and went to an audition. Although he auditioned alongside several younger men, he loved every second of the experience. "After the shoot, the photographers said, 'You belong here!'"

His life changed further when he signed up with an agency. "As I gained popularity through my shoots, my agency got me movie auditions. I've acted in films with Salman Khan and Rajnikant!" he says.

Mohan says that his family was dumbfounded by the transformation. After his first fashion show, they told him: "From not being able to walk to walking the ramp, you've come a long way!"
Mr Mohan turned his life around in his 50s, and he hopes that his story will serve as an example and an inspiration to others.

"Hopefully, my story can inspire people who are struggling to believe that in our ordinary lives, something extraordinary can always happen," he says.

The Facebook post detailing his story has received over 18,000 'likes' and more than  700 comments since being shared yesterday.

"What an inspiration you are. You've proved anything is possible once you are determined," wrote one person in the comments section.