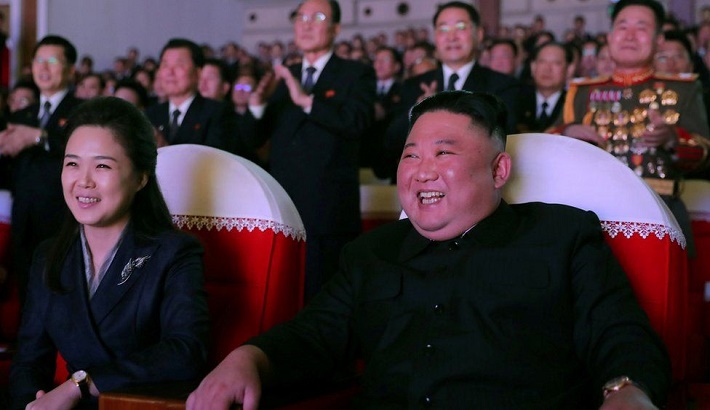 The wife of North Korean leader Kim Jong-un has appeared in public for the first time in over a year, according to state media.

Ri Sol-ju joined her husband at a concert on Tuesday to mark the birthday of Kim's late father and former leader, Kim Jong-il.

Ms Ri has often accompanied Mr Kim to major events in the past, but had not been seen since January last year.

Her absence stoked speculation over her health or a potential pregnancy.

South Korea's National Intelligence Service had reportedly told congressmen yesterday that Ms Ri was avoiding appearing in public due to concerns over Covid-19 and may have been spending time with her children.

North Korea has not officially reported any Covid-19 cases - though experts say this is unlikely.

According to the Rodong Sinmun, the couple entered the Mansudae Art Theatre together on Tuesday to "thunderous cheers".

Photos showed the couple laughing - as well as a conspicuous lack of masks or social distancing measures.