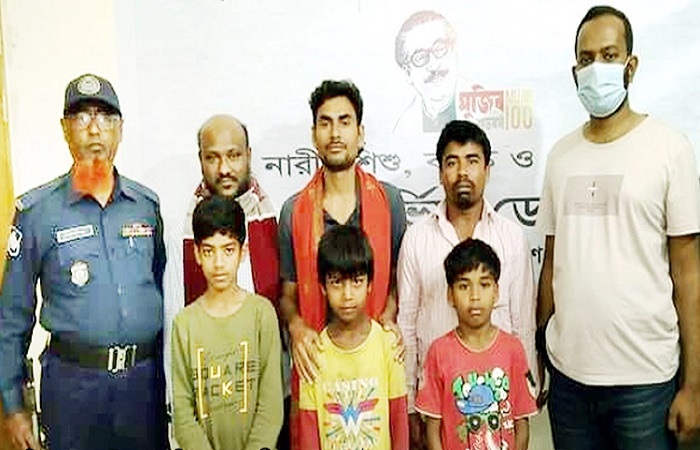 Police rescued three children, who were abducted from Homna upazila of Cumilla district on Monday, from Bashanti area in Gazipur district on Tuesday.

The victims are Mahin, 12, son of Sharif Uddin, Foysal, 10, son of Yunus Mia and Shahed, 9, son of Oli Mia of Ghaniarchar in the upazila.

Quoting the victims, police said they were playing with their bi-cycles at Ghaniarchar Government Primary School ground on Monday morning.

At one stage, a black colour microbus appeared in front of them and some people allured them of taking them into a fair.

When they refused to go with them, they picked them up to the microbus and made them unconscious with sedatives.

When they woke up, they found themselves sitting on a shop in an unknown place in the evening.

When they started crying, local people rushed there and handed them over to Bashanti Police Station in Gazipur.

Motabbir Hossain, sub-inspector of Homna Police Station, said police contacted the family members of the victims on mobile phone and handed them over to their respective families on Tuesday.

However, none was arrested in this connection.