North Korean defectors: What happens when they get to the South? 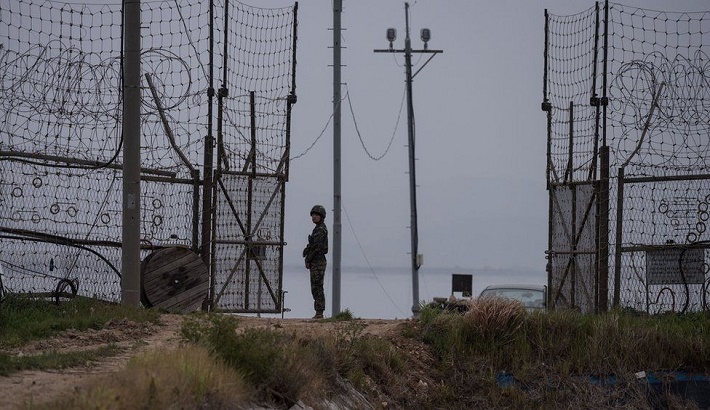 For Kim Ji-young, arriving in South Korea at the age of 31 after an arduous escape from the North "was like a dream".

But her joy at arriving in the prosperous South in March 2013 alongside her mother and three cousins soon gave way to a difficult adjustment period.

Every day brought new challenges and the family knew no-one. "There were many cultural differences... we had to start all over again," she says.

Ms Kim is one of thousands of defectors who have managed to escape life in the isolated dictatorship. But for those who've fled, their resettlement in the South is only the beginning.

Many have to learn the basics of life in a high-tech, democratic society - from using a bank card to understanding how representative government works.

What happens when they arrive?

Initially, defectors go through a period of investigation and a debrief with the intelligence service.

There are also community centres that provide resources for resettled refugees. They tend to focus on this period, helping defectors get set up with mobile phones and a bank account as well as getting acquainted with their local community.

After Hanawon, defectors are assigned a public rental home. Ms Kim was left with a box of food - ramen, rice, oil and condiments - to last for the first few days:

A counsellor or a defector who has already settled helps clean the house and provides additional support.

"Then they have to live their own lives," she says.

Who looks out for them?

North Koreans who settle in South Korea are assigned a police officer who keeps an eye on them. "You can think of it as being assigned a local friendly bobby who checks in every now and then," says Mr Park.

"Sometimes they become friends . They're typically older officers, more of a father figure. Their role is to check in - almost like a social service."

The officers sometimes work in tandem with associations or churches.

In terms of mental health support, Mr Park says that there are some counselling services available but it's an area which requires improvement. The issue was put in the spotlight in 2019 when defector Han Sung-ok and her son were found dead in an apartment in Seoul. They are believed to have starved to death. Neighbours described her as as distracted and anxious.

Many defectors will have suffered extreme trauma but are unlikely to seek help or know where to find it. According to a survey of North Korean refugees in South Korea, about 15% admit to having suicidal thoughts - 10% higher than the South Korean average.

"Mental health requires social change and awareness so that people can identify these things and seek help and think that it's okay to seek help," he said.

Fyodor Tertitsky, a North Korea analyst, says that life in South Korea can be isolating for defectors, and not just because they've entered a completely different society. They are seen by many as "others".

"You can't go home because you are considered a traitor and you are cut off from your family or friends and surroundings," says Mr Tertitsky. "It's a traumatising experience especially if you [were] forced to flee."

What are their career options?

Arriving in the South and finding work can be difficult.

"It's hard because defectors have never heard of part-time jobs and have never found a job on their own before. They are often ignored in interviews."

When women are young, she says, they usually serve food in restaurants and as they become older, transition to work as kitchen assistants. Men usually have jobs packing online shopping orders or in the construction industry.

For those who want to further their education, there are subsidies. Defectors don't have to pay for undergraduate university degrees and those under 35 can also go to graduate school for free. There are also various scholarships available.

Defectors also get benefits that they can spend on things such as learning how to use a computer.

Kim Seong-min, a defector who left North Korea in 1996, is appreciative of the educational opportunities that were available. He first worked as a cleaner and janitor for an uncle, but went on to get a graduate degree in creative writing. That opened doors at the public broadcaster, KBS, where he became a scriptwriter for dramas.

In 2004, he joined Free North Korea Radio, a station mostly run by defectors that broadcasts into North Korea and carries criticisms of the government and leadership.

How do defector children get on?

They either attend local South Korean schools or schools that specifically cater for North Korean children.

At the latter schools, pupils "are surrounded by children from a singular background", says Mr Tertitsky. "It's not the best place because you are getting a limited education, you're not exposed to South Korean society.

"In another sense, if you go to a South Korean school, kids can be cruel. They can look down on you and it's not easy to catch up with them. It's not the most pleasant place."

In general, says Mr Kim, North Korean students at middle schools, high schools and colleges fall behind in their studies compared to their South Korean peers, and sometimes drop out due to the challenges they fac