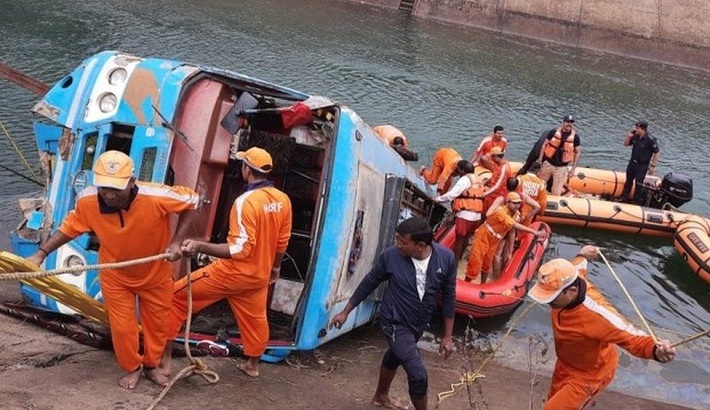 At least 46 people have been killed after a bus plunged into a canal in the central Indian state of Madhya Pradesh.

Some 60 people were on board when the packed bus veered off a bridge and fell into the canal on Tuesday in Sidhi district.

Officials say that seven passengers, including the driver, managed to swim to the shore. Rescue teams are looking for the remaining passengers.

The state government has ordered an inquiry into the accident.

Eyewitnesses say that the driver lost control and the bus hit the boundary of the bridge before falling into the Sharda canal.

Indian Prime Minister Narendra Modi has tweeted, expressing his condolences for the families of the victims.

Men and women, aged between 18 and 45 years, make up 70% of the fatalities, according to federal transport minister Nitin Gadkari.