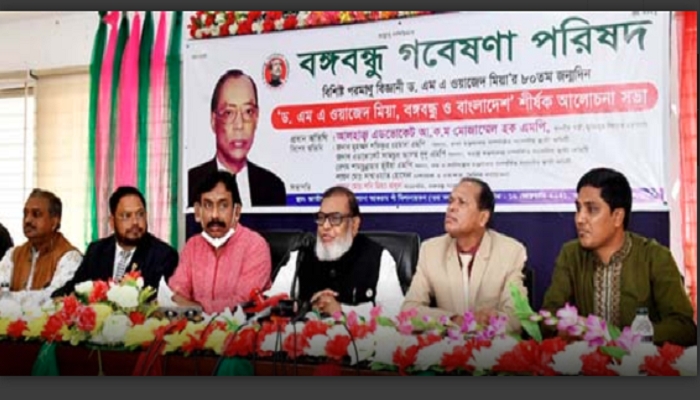 Liberation War Affairs Minister AKM Mozammel Haq said on Tuesday the government has a plan to form a commission to identify and put on trial those who were linked nationally and internationally with the killing of Bangabandhu.

“To identify and holding trial of the perpetrators who were nationally and internationally linked with Bangabandhu’s killing is an ethical demand of the nation …we won’t hesitate to perform that moral responsibility,” he said while addressing as the chief guest a discussion marking 80th birth anniversary of noted nuclear scientist Dr M A Wazed Mia at the National Press Club.

“Those who were involvement with Bangabandhu’s assassination would not be allowed to go beyond the law,” the minister told the programme organized by Bangabandhu Gobeshana Parishad.