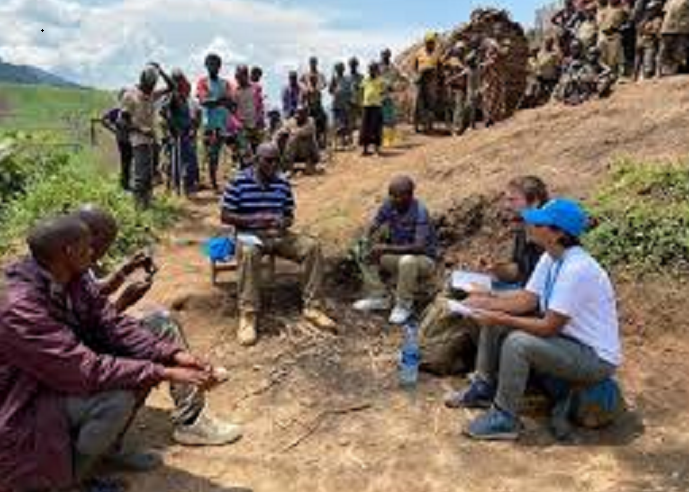 More than 2,000 civilians were killed in three eastern DR Congo provinces in 2020, mostly by armed groups, the United Nations said Tuesday as it voiced alarm over ongoing attacks.

UNHCR, the UN Refugee Agency, said sites for forcibly displaced people in North Kivu in the eastern Democratic Republic of the Congo had been coming under assault.

“The UN Refugee Agency is alarmed at ongoing atrocities carried out by armed groups in eastern DRC, which have become part of a systematic pattern to disrupt civilians’ lives, instill fear and create havoc,” spokesman Babar Baloch told reporters in Geneva.

“The majority of these attacks were attributed to armed groups. The killings and kidnappings have continued in North Kivu in 2021, where attacks have also been directed against displaced civilians.”

More than 88,000 displaced people reside in 22 UN-supported sites in the area.

Between December 2020 and January 2021, at least seven incursions by armed groups into five different sites have been reported in North Kivu’s Masisi Territory, said Baloch.

He said armed groups were attempting to impose curfews and forced so-called security payments and taxes.

“Attacks by armed groups are carried out on the suspicion of collaboration with other groups or the Congolese security forces,” said Baloch.

“Some of these sites are under threat from multiple armed groups. Civilians find themselves trapped in the middle of confrontations.”

“UNHCR calls on all actors to respect the civilian and humanitarian character of displacement sites and is advocating for swift and independent investigations into the crimes committed so that the perpetrators can be brought to justice,” said Baloch. More than five million people have been uprooted by insecurity and violence in the DRC in the last two years, with nearly two million displaced in North Kivu alone, according to UN estimates.

The Refugee Agency said that only six percent of its $195 million funding needs for operations in the DRC have been met.