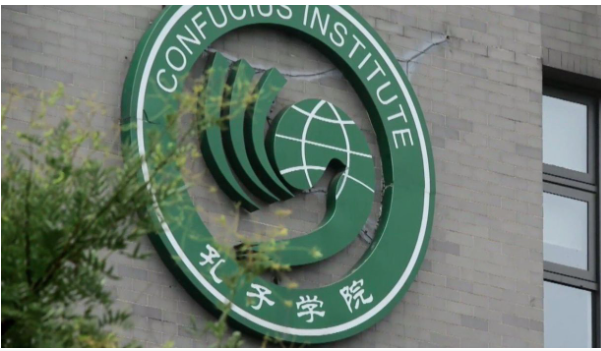 The White House said it was considering how best to counter China‘s information operations and interference in foreign democracies despite denying that it withdrew a rule proposed by Trump administration requiring American schools and universities to disclose their partnerships with Confucius Institutes from the Federal Registry.

Ned Price, US State Department spokesperson, said in a press briefing on Thursday the draft rule had not been withdrawn from the Federal Register but from the Office of Management and Budget (OMB) process, denying media reports that the Biden team “quietly” dropped the proposal.

Get the latest insights and analysis from our Global Impact newsletter on the big stories originating in China.

“When it comes to the Confucius Institutes, we have ongoing concerns about activities of the CCP [China’s Communist Party], including through these institutes, given that they might affect academic freedom in the United States,” he said.
Price said that on January 20, the day of Joe Biden’s inauguration as US president, the White House Chief of Staff Ron Klain froze regulatory processes. The draft rule and other rules that had not made it through the OMB review were withdrawn from the review process and would need to be resubmitted.

The draft rule, titled “Establishing Requirement for Student and Exchange Visitor programme Certified Schools to Disclose Agreements with Confucius Institutes and Classrooms”, was submitted to the Department of Homeland Security by the Trump administration on December 31, 2020.

It would have required around 500 K-12 schools and 65 colleges in the US to disclose their financial ties to Confucius Institutes, an organisation affiliated with the Chinese Ministry of Education.

“The State Department, ... designated the Confucius Institute US Centre as a foreign mission of the PRC. That stands,” Price said.

“The Biden Administration’s decision to withdraw this rule is deeply disappointing and surprising considering the serious nature of China’s efforts to expand its influence operations inside the United States,” said Republican Senator Rob Portman on Wednesday. “I urge them to reconsider.”
Price said the reports were false.

“When it comes to this administration, we’ll treat Confucius Institutes as part of our overall approach of how best to respond to China’s use of information operations and other coercive and corrupting efforts to undermine and interfere in democracies,” he said.

In early February, China’s top diplomat Yang Jiechi said he hoped the Biden administration could remove barriers to communications and interactions between the two countries.

“I hope that the new administration will remove the stumbling blocks to people-to-people exchanges, like harassing Chinese students, restricting Chinese media outlets, shutting down Confucius Institutes and suppressing Chinese companies,” Yang said in a video meeting of the National Committee on US-China Relations.

“These policy measures are not only wrong but also unpopular,” Yang said. “I urge them to reconsider.”