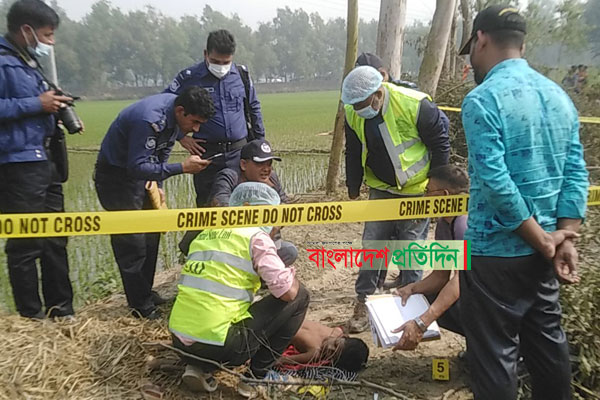 Police recovered the body of a 9-years-old minor boy from Ratankandi in Salanga upazila of Sirajganj on Tuesday morning.

The deceased was identified as Sumon, was a student of Horgati Government Primary School, son of Shariful Islam, hailing from the area.

Officer-in-charge of Salanga Police Station Abdul Quader Jilani said that Sumon was missing since night. On Tuesday morning, the locals found the body of the child in abandoned land near his house and informed the police.

According to locals, Harun-ur-Rashid Kalu Ali, Abdus Salam, Mokhlesur Rahman and Mukul Hossain, sons of Abu Bakkar Siddique of the same village, were having a dispute with victim’s father.

The OC also said that the child might have been killed following previous enmity.

However, no one arrested in this regard till filing of this report, he said, adding that the body was sent to Sirajganj 250-bed Hospital morgue for autopsy.