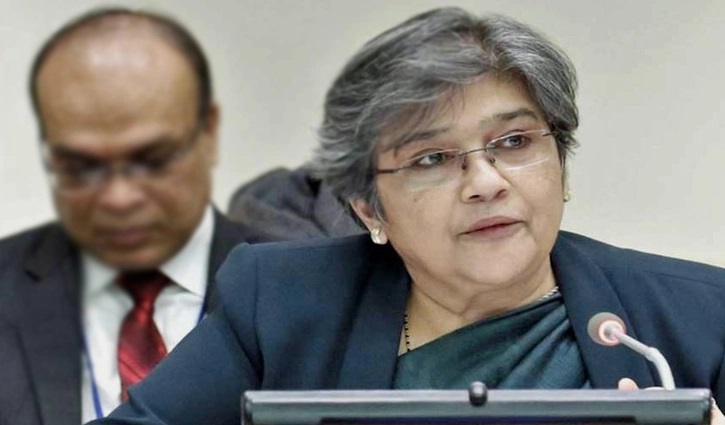 As the leading troop and police contributing country (TROOP)with a large number of troops deployed, ensuring the safety and security of our contingents is of paramount importance to us, said the Permanent Representative of Bangladesh to the UN, Ambassador Rabab Fatima while addressing the Special Committee on the Peacekeeping Operations (C-34) at the General Assembly Monday (Feb 15).

Ambassador Fatima paid tribute to the peacekeepers for fulfilling their mandates in the midst of the pandemic and providing important support to the host nation’s pandemic response efforts.

She called for greater international efforts to ensure safety and security of the peacekeepers, including by embedding emergency preparedness in the mandate setting.

She also stressed on prioritization of peacekeepers for COVID-19 vaccines.

Referring to the increased multidimensional and multifaceted threats to international peace and security, the Ambassador stated that, in such a shifting there is no alternative to stronger peacekeeping.

She acknowledged the continuous reform undertaken by the UN in this regard including implementation of the Action for Peacekeeping (A4P) agenda, and welcomed its review.

Ambassador Fatima also called for systematic efforts to incorporate the inputs coming from the peacekeepers on the ground in the major policy documents of the UN.

Bangladesh Ambassador condemned the attacks on peacekeepers and called for accountability for the crimes against the peacekeepers.

On the question of performance Ambassador Fatima stressed on the need to ensure conducive operational environmental coupled with required human and other resources.

“The mandates of the peacekeeping operations must remain clear, realistic, and achievable, commensurate to the capabilities, ground realities, and available resources”, she added.

In order to ensure sustained impacts of peacekeeping operations in the field, ‘peace process must be put on a clear political track supported by united peacekeeping and peacebuilding efforts.’

In this regard, she stressed on the increased coordination and cooperation between the peacekeeping missions and other actors engaged in the peacebuilding and sustaining peace.

Referring to the National Action Plan on Women Peace and Security, she reiterated Bangladesh’s readiness to at all levels, including in command positions, and in diversified roles.

Bangladesh is currently the largest troops contributing country to the United Nations and a member of the C-34.