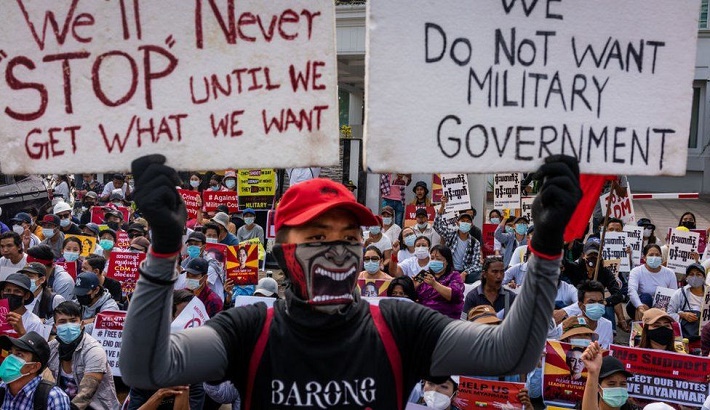 Access to the internet appears to have been blocked for a second night running by Myanmar's new military rulers.

It is the fourth shutdown since the February 1 coup as the junta tries to stifle dissent, much of it online.

Earlier, the military authorities announced stiff penalties for those opposing the coup leaders.

Signs that another outage was imminent came after an internet service provider told BBC Burmese that online access was being blocked.

The latest shutdown follows a pattern aimed at disrupting continuing opposition to the coup, which overthrew elected leaders including longtime democracy campaigner, Aung San Suu Kyi, who is still in custody.

Major telecoms provider Telenor has said it will no longer be updating a list on its website of internet disruption.