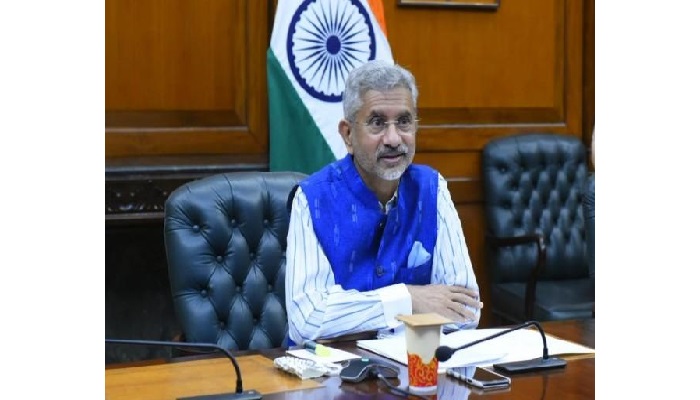 This was said by Indian External Affair Minister Dr S Jaishankar on Monday. He was speaking on India's act east policy and cooperation with Japan in northeast India and beyond land borders.

"Our initiatives are today once again making the Brahmaputra River the primary channel for movement of goods and people. Assam will connect the Himalayas with the Bay of Bengal through inland water connectivity to the main ports there especially Chittagong (Chattogram) and Mongla," he said.

He said "We are working to develop the Eastern Waterways Transport Connectivity Grid, which is supported by the World Bank. Work has already begun to use river ports like Dhubri and Karimganj to move goods to and from Bhutan and Bangladesh respectively. We are also developing port facilities in Ashuganj in Bangladesh, to help give southern Assam external connectivity. And we are already dredging stretches of Brahmaputra and Kushiyara rivers to increase navigability and facilitate faster trade."

India and Japan has already constituted Act east forum for the development of India's northeast and connectivity projects for neighbouring countries including Bangladesh.

"On power and energy, our vision is to make Assam central for the transmission of surplus power both to the neighbourhood and to the rest of India. We are already working to develop new transmission lines connecting Assam with Bihar through Bangladesh. And we are in discussions with Myanmar to export power utilizing the North Eastern Grid. Similarly, as Assam is already a major player in producing refined petroleum products, we are working to facilitate the sale of these products to the larger region. A pipeline to supply Bangladesh high speed diesel is an important beginning. In future, we will also develop new sources of oil and gas in bordering areas close to Myanmar that would enhance production of refined products in Assam."

India-Myanmar-Thailand Trilateral Highway is at an advanced stage as India  looks now to construct some missing road links in central Myanmar and upgrade bridges in the Tamu-Kalewa segment, said Jaishankar.

Studies have assessed the viability of extending it further from the Thai border through Laos, all the way to central Vietnam, he said, adding the Kaladan multi-modal transport link including the Sittwe Port and the Paletwa Inland Water Terminal will add to our access to the Myanmar coastline.

Bangladesh has already expressed desire to participate in the trilateral highway project. Sources in the ministry said that when External Affairs Minister will visit Dhaka in early march to take the discussion to the final shape.

Jaishankar said an approach to create connectivity to and within Assam, beyond to the northeast and to neighbouring Myanmar and Bangladesh, but eventually push all the way by road, by sea, by air to Vietnam, to Japan.

"In doing so, we must appreciate that this will not only service greater economic activity but, as demonstrated in other parts of the world, actually be a driver of it."

"As our cooperation and connectivity expand beyond national boundaries, this potential can actually make it the centre of a hub that covers neighbours like Myanmar, Bangladesh and Bhutan. This is especially so as our ties with those countries have undergone a dramatic transformation since the Modi Government initiated the Neighbourhood First policy in 2014. As a result, projects and initiatives have steadily gathered steam, some already having an impact on the ground. In recent days, we have also endeavoured to coordinate with Japan’s own projects in these countries. Our ties with Myanmar, Bangladesh and Bhutan obviously have their own value and importance."