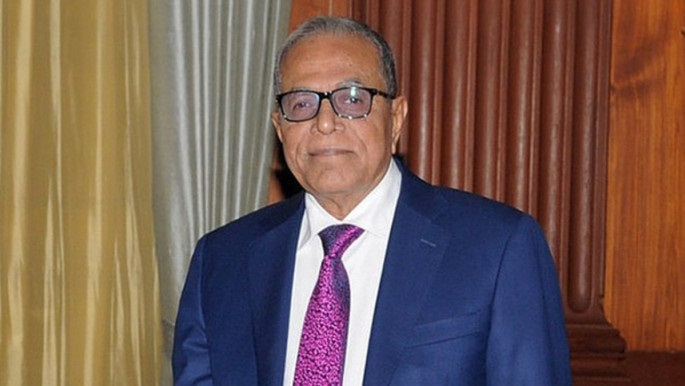 A smartly turned out BAF contingent gave state salute to the Hon’ble President Md. Abdul Hamid at the beginning.  President took the salute.

At the very beginning of the speech Honorable President cherished the greatest Bangali of all time, Father of the Nation Bangabandhu Sheikh Mujibur Rahman with due respect, under whose leadership we achieved our ultimate victory through nine months long liberation war.

He also remembered all the martyrs and freedom fighters along with Birsrestho martyr Flight Lieutenant Matiur Rahman.

He wished that the newly incorporated Radar will be able to provide the right direction to the identified aircraft within the airspace of Bangladesh and play an important role in their movement.

Besides, he also added that BAF Pilots can perform a very important part of their flying training in this Helicopter Simulator Training Institute of BAF.

As a result, the cost of the flying training will be reduced remarkably and boosted the flight safety. He thanked all those who were directly and indirectly involved in organizing this event today.

At the end, he prayed for the continued prosperity of the Bangladesh Air Force and the bright future of all the members. Senior military and civil high officials were present on the occasion.