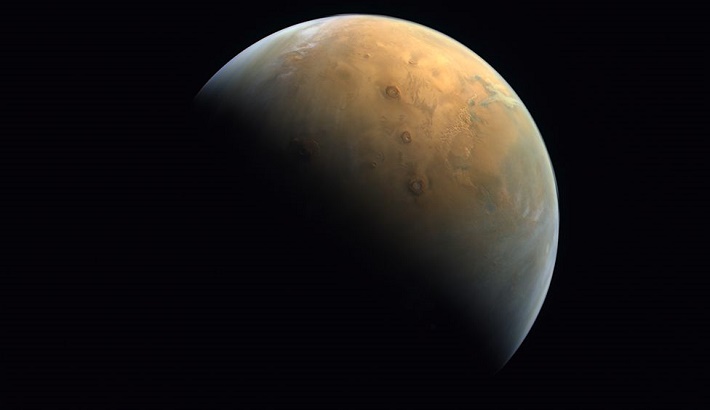 The United Arab Emirates' Hope mission has returned its first picture of Mars.

The spacecraft entered into an orbit around the Red Planet on Tuesday, making the UAE the first Arab nation in history to have a scientific presence at Earth's near neighbour.

This first image will be followed by many similar such views of Mars.

Hope was put in a wide orbit so it could study the planet's weather and climate systems, which means it also will see the planet's full disk.

It's a type of view that's familiar fare from Earth-based telescopes, but less so from satellites actually positioned at Mars.

They traditionally have been kept close in to the planet so they can get high-resolution pictures of the surface and act as telecommunications relay stations for landed robots in contact with Earth.