Bangladesh Coast Guard to be made stronger: Minister 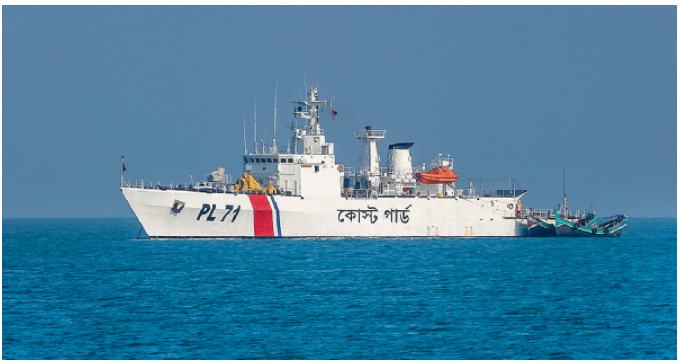 “Bangladesh Coast Guard has been working relentlessly for providing security to coastal people and maritime trade for more than two decades. The government is determined to make this force stronger," he said.

Addressing the 26th founding anniversary of Bangladesh Coast Guard at its headquarters in the city, the minister said, “Sophisticated offshore patrol vessels (OPVs), hovercrafts and other high-tech vessels will be added to the Coast Guard fleet soon.”

Asaduzzaman hoped that the Coast Guard members will to continue its efforts for the welfare of the country and the nation by properly discharging the responsibilities bestowed upon them.

He said the current government has continued its efforts for the modernisation of the Coast Guard as per Prime Minister Sheikh Hasina’s directives.

The Home Minister said the full expansion and development of the force will be ensured by constructing necessary infrastructures in different bases, stations and outposts of the Coast Guard.

Addressing the programme, BCG Director General (DG) Rear Admiral M Ashraful Haque said the modernisation and capacity building of this force has been going on due to the patronage of the Prime Minister and appropriate and timely directives and initiative of the Home Ministry.

“The members of Bangladesh Coast Guard will always remain active to implement the vision 2030 and 2041 announced by the government through their hard work upholding the spirit of patriotism,” he said.

Senior secretary to the Public Security Division under the Home Ministry Mostafa Kamal Uddin and invited military and civil gusts were present at the programme.