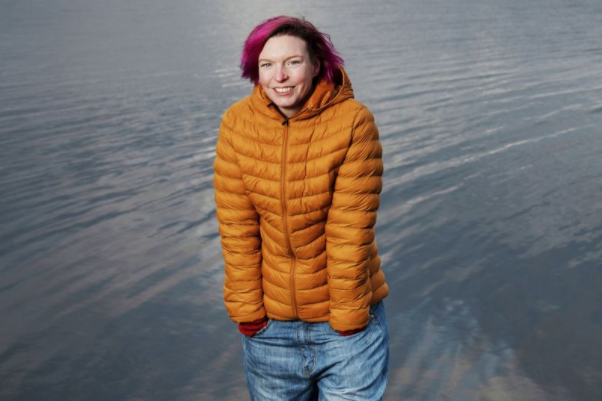 Heading to a remote barren island to spend a week alone may sound like the start of a thriller, but that's exactly what Lisa Enroth signed up to do.

When the Göteborg Film Festival 2021 opened up applications to watch its 60 films in the 'Isolated Cinema' on a remote island off a Swedish archipelago, the committee was inundated with 12,000 hopefuls within two weeks despite the fact that the experience meant you'd be alone on the barren island with seven days' worth of supplies, and no phone allowed.

None of this deterred Lisa, a Swedish emergency nurse who's been on the frontline during Covid-19. She caught the committee's attention, and a few weeks later was making the boat trip across to island Pater Noster.

So, was it strange to spend a week alone on an island like this?

She told the Mirror exclusively: "Not strange. More peaceful. I tend to spend a lot of my spare time alone, especially in these strange times. The strange bit was not being able to speak to my friends at all, and there were times that I would have liked to talk to them about a few films."

Admitting that she "couldn’t really believe it" when she found out she’d been picked, Lisa didn’t tell many people that she was going on the adventure.

She explained: "It was kind of a secret up until the same day the boat left for the island. My closest family knew and my boss - also two friends."

When the day came and it was time to head off to Pater Noster, the nerves did slightly kick in.
She confessed: "[I] did not get many hours of sleep that night. Breakfast was hard to manage - I was too excited and nervous."

Once on the island, she started to make the most of the peace and quiet, as well as exploring her temporary home, complete with the lighthouse that served as the cinema.

Her daily routine? "Almost the same thing every day," she admitted. "Waking up to watch the sunrise. Breakfast. Exercise in my homemade gym which was a yoga mat, a broom, a chair and stone. Running up and down the lighthouse was also included in the training!"

After a second breakfast and taking time record a video diary of her experience for the film festival, she would walk around the island to explore, and then make lunch "which was a challenge for me with the gas stove".

Afternoons were spent watching the films, taking a break to watch the island’s sunset. In the evenings because of the darkness "there was not much more to do than watch the rest of the movies that were in the programme."

She added: "I’m a little bit afraid of the dark so the movies helped me with that!"
It was the appeal of this relaxed pace of life which appealed to Lisa in the first place when she heard about the opportunity to visit the Isolated Cinema.

She explained: "As I mentioned in the application, I really wanted to take some time to reflect. Working as a nurse in an emergency ward this last year has been different due to Covid-19.

"Although the main reason is that I love movies and really wanted to be able to watch as many as I could. Another reason is the opportunity to spend a whole week in that environment - the nature was breathtaking."
The experience seems to have delivered. When asked about the best part of the experience, Lisa said that she enjoyed putting her phone away, and to “be able to slow down and just stop for a while and take in the nature”.

Would she go for an experience like this again? "Most definitely!"

Want to find out more? You can watch Lisa's daily video diaries and read more about the film festival on goteborgfilmfestival.se.