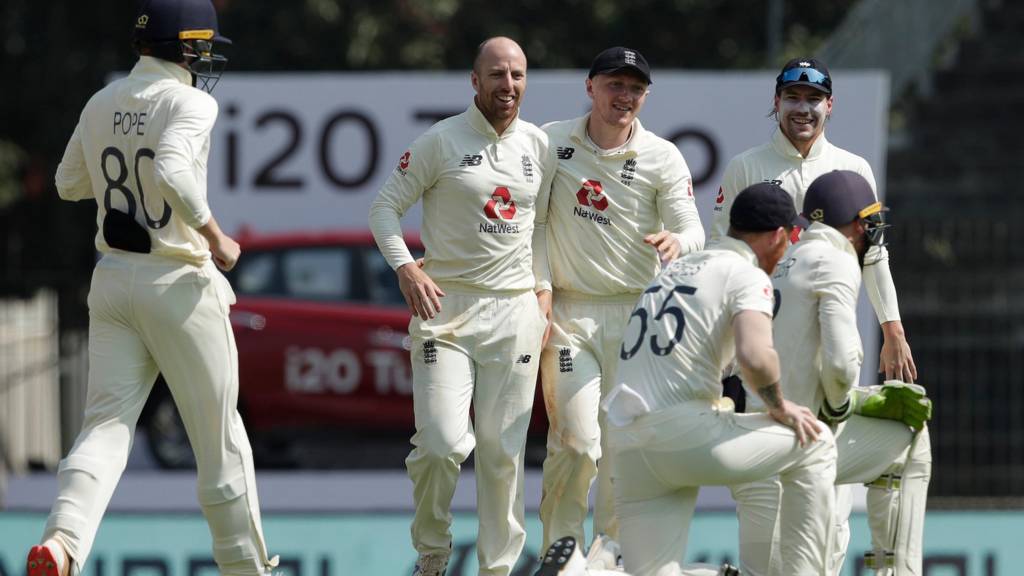 England bowled out India for 329 with wicketkeeper-batsman Rishabh Pant hitting an unbeaten 58 on day two of the second Test on Sunday.

Spinner Moeen Ali claimed four wickets, including two in his first over of the morning session in Chennai.

Paceman Olly Stone took three wickets, dismissing Mohammed Siraj for four to wrap up India's innings after they resumed on 300-6.

Ali got Axar Patel stumped by wicketkeeper Ben Foakes on his overnight score of five and two balls later, sent back Ishant Sharma for nought.

Pant quickly moved from his overnight 33 to raise his sixth Test fifty, hitting two fours and two big sixes to bring back to life the crowd -- the first time fans have been back in an Indian stadium in more than a year.

Opener Rohit Sharma top-scored with 161 after India, who trail the four-Test series 1-0, elected to bat on Saturday.

Sharma put on a key 162-run fourth-wicket stand for India with Ajinkya Rahane, who made 67.