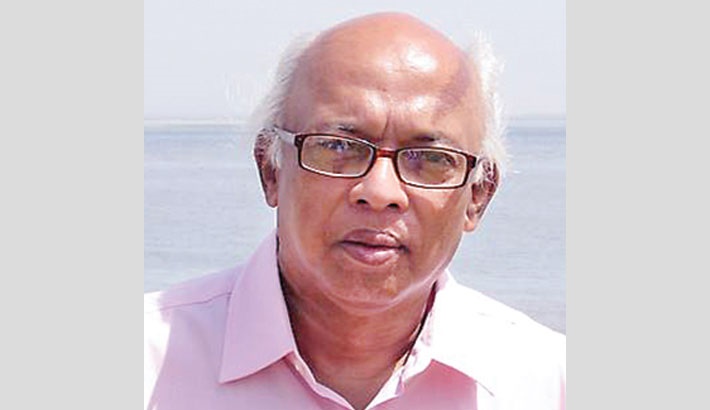 There are all the reasons why the state of Pakistan collapsed in Bangladesh fifty years ago, and not just because of the killings its soldiers committed in this land followed by military defeat at the end of 1971. A half century ago, Pakistan’s ruling classes, aided and abetted by a section of unscrupulous politicians, made it known in February 1971 that they were willing to put up impediments to the constitutional process that was about to be inaugurated in the country.

And that was quite a surprise, given that President Agha Mohammad Yahya Khan had visited Dhaka in January of the year and publicly declared that Bangabandhu Sheikh Mujibur Rahman would be Pakistan’s future Prime Minister. That of course was nothing of the revelatory kind. The Bengali leader had led his party, the Awami League, to an overwhelming victory at the elections and was naturally poised to take over the government in Islamabad. One did not need Yahya to confirm that reality.

It is with hindsight that we know now how coolly and in calculated a manner the civil-military bureaucracy in West Pakistan was engaged, post-December 1970, in efforts to repudiate the results of the election. When Yahya Khan referred to Sheikh Mujibur Rahman as Pakistan’s future leader, there was, as subsequent events were to demonstrate, little sincerity in his statement. He went back to Karachi and was soon a guest of Zulfikar Ali Bhutto, the chairman of the Pakistan People’s Party, in Larkana. It remains a matter of conjecture as to what the two men discussed on that visit, but their later behaviour was quite revealing.

Bhutto’s place in Pakistan’s politics after the December elections had been made clear. He would be in the parliamentary opposition and as Leader of the Opposition --- his party had won 88 seats while the Awami League had garnered 167 in a legislature of 313 members --- he would effectively be in a position to help the ruling party consolidate democratic politics in the country. But, of course, he had other ideas working in him. When he travelled to Dhaka on 27 January 1971, his focus was on two factors. First, he thought he could make Bangabandhu agree to a whittling down of the Six Points. Second, he was keen on a power-sharing arrangement between the two parties. A look back at history shows that Bhutto never referred to the Awami League as Pakistan’s sole majority party. He harped on the ludicrous notion that while the AL formed the majority in East Pakistan, the PPP was the majority party in West Pakistan.

Clouds of imminent disaster were already beginning to form in the aftermath of the Yahya and Bhutto visits to Dhaka. It will be recalled that by the time General Yahya Khan announced on 13 February the date for the inaugural session of the National Assembly in Dhaka --- it would be 3 March --- much water had flowed under the bridge. More than two months had gone by since the elections, a long period which only hardened Bengali feeling, and rightly too, of a deepening conspiracy to deprive the Awami League of power at the centre. Two days after Yahya’s announcement, Bhutto dropped his bombshell: his party would not attend the assembly session unless the Awami League agreed to a modification of its Six Points. When, after fifty years, things are placed in perspective --- the Yahya and Bhutto trips to Dhaka, the meeting in Larkana, the 13 February announcement, the 15 February statement by Bhutto --- the widening web of intrigue begins to be seen clearly.

On 16 February, Sheikh Mujibur Rahman was elected Leader of the Awami League Parliamentary Party in the National Assembly with Syed Nazrul Islam elected as Deputy Leader and A.H.M. Kamruzzaman chosen as Secretary of the Parliamentary Party. Some newspapers even went to the extent of informing readers that Khondokar Moshtaq Ahmed would be the Speaker of the National Assembly. The expectation was that Tajuddin Ahmad would hold a significant position in the central cabinet and so would Dr. Kamal Hossain, M.R. Siddiqui and Colonel M.A.G. Osmany.

The upshot of it all is that by mid-February 1971, the majority party was almost ready with its draft constitution for Pakistan and expected it to be discussed in detail when the National Assembly met on 3 March. In contrast, the Pakistan People’s Party did nothing of the kind. It did not ready a draft constitution of its own; it took no initiatives to consult other political parties in West Pakistan, particularly Khan Abdul Wali Khan’s National Awami Party, on a joint approach to constitution-making on the part of the western wing of the country. Bhutto’s attention was directed at subverting the assembly session even before it could get underway in Dhaka. On the day he hurled his threat of boycotting the session, Bangabandhu told his party colleagues in Dhaka, “We have done our job. Let him (Bhutto) do his own.”

Over the next couple of days, Bhutto’s decision to boycott the assembly session was roundly condemned by Nurul Amin, President of the Pakistan Democratic Party; Maulana Syed Abul A’ala Maudoodi, chief of the Jamaat-e-Islami and Ataur Rahman Khan, chief of the Pakistan National League. Other West Pakistani politicians followed with similar condemnation of Bhutto’s position, but none of that rattled Bhutto. Tellingly, there was no statement from the regime about the assembly session going ahead on 3 March. The silence was ominous. On 21 February, speaking at the Central Shaheed Minar in Dhaka after paying his respects to the martyrs of the 1952 Language Movement, Bangabandhu was under no illusions. Conspiracy, he noted, was in the air, and darkness threatened to come over the country. He cautioned Bengalis to remain alert.

The junta and the army exposed themselves as being in step with Bhutto when, on 1 March, Yahya Khan announced a postponement of the National Assembly session. The floodgates to disaster had been opened, with East Bengal now publicly mulling and emphasizing independence for Bangladesh. Damage control measures by the regime predictably did not help. Yahya Khan’s offer of a round table conference in Rawalpindi on 10 March was decisively spurned by Sheikh Mujibur Rahman before and on 7 March. Surprisingly, Bhutto agreed to attend the RTC. Irony defined his politics. He would not attend the National Assembly session in Dhaka, but he was fully prepared to be present at the round table conference in Rawalpindi.

The rest is part of history. The general elections were an opportunity for Pakistan to turn away from the dark legacy of military rule. The National Assembly session would have been a time for Pakistan to reinvent itself through redefining the links between its federating units and the central government. Bangabandhu was unequivocal, in February 1971, in his assertion that his Six Points would be a means of empowering the five provinces of Pakistan vis-a-vis their dealings with the centre.