Once a Buddhist nation, now China is involved in oppressing the Buddhists 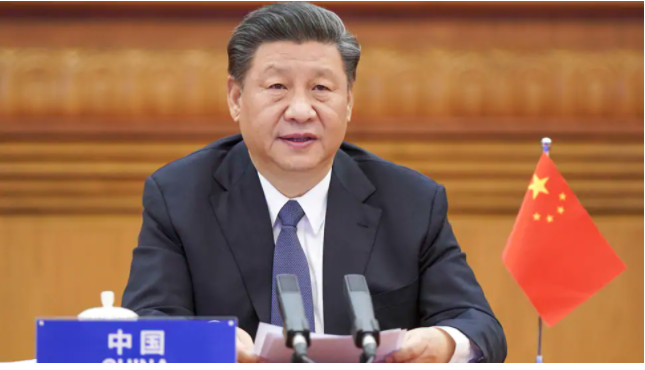 Religion forms a large part of people's lives, it is through religion and one’s faith that large sections of humanity derive meaning and purpose in their lives. Despite the ideological apathy that the Chinese Communist Party (CCP) holds towards all religions, the CCP has employed a strategy of religious diplomacy to not only increase its control over domestic religious institutions but to also propagate a false narrative about China’s religious policy.

China's religious diplomacy involves pervasive control of the CCP over every aspect of religion, from regular worship to conducting charity services, appointment and training of religious leaders to set several conditions on their activities. As per CCP ideology, Beijing has always pursued the idea of ‘national unity’ based on Confucian values.

By promoting Confucianism, China intended to maintain a positive image internationally, despite being involved in the exploitation of various religions and religious groups. For several years, China has avoided criticism from the international community by censoring information about China's abhorrent treatment of religious minorities and by using various means such as threats and coercion to prevent its domestic policies of religious oppression from affecting its diplomatic ties with other countries.

Interestingly, the country which once used to be called a Buddhist Nation has now been involved in the oppression of Buddhists. The aggression against Buddhists gained momentum after the CCP introduced the ideology of ‘Buddhism with Chinese characteristics’ under the leadership of the authoritarian President Xi Jinping. According to a 2012 demographic study undertaken by the Pew Research Centre, it is believed that approximately 244 million Buddhists are residing in China. This constitutes almost 50% of the world’s Buddhist population.

Chinese mainland houses the Buddhist Practitioners of Han ethnicity, who have been docile to CCP’s moves to alter the very essence of Buddhism. As they remain in direct contact and monitoring of CCP and the designated agencies of the Party, it has been easier to silence them against the state oppression. The true character of Chinese intent to suppress and control Buddhism is reflected in the numerous stories from the Tibet Autonomous Region (TAR).

After China forcefully annexed TAR in 1951, a popular uprising against China's religious oppression started brewing up and erupted in 1959 in form of protest against the Chinese agricultural reforms unilaterally imposed on TAR. The mass protest of Tibetan Buddhists was met with brutal repression by Chinese forces and their spiritual leader His Holiness the Dalai Lama was forced to flee from Tibet and take refuge in Dharamshala, India.

After the Dalai Lama escaped from Tibet, Beijing began to slander the spiritual leader and call him a ‘wolf in monk's clothing’. Since then, Chinese oppression of Tibetan Buddhism has increased in severity. The Chinese authorities also kidnapped the 11 Panchen Lama on May 17, 1995, Buddhism’s second most important leader in Tibetan Buddhism. China has blatantly installed a dummy Panchen Lama and intends to use him in identifying the next Dalai Lama and ensuring that the CCP can gain control over him.

Over the years, the CCP has also increasingly implemented restrictive policies on Tibetan Buddhist institutions, practitioners and their practices. In the international context, China has demanded that states do not invite or allow the Dalai Lama into their country, or meet their officials. Beijing believes that allowing the Dalai Lama into one’s country is akin to legitimizing His Holiness’s calls for Tibetan autonomy. Mongolia in 2016 had experienced China's ire after it allowed the Dalai Lama to visit the predominantly Buddhist country. Following the visit, China used its economic pressure to devastating Mongolia’s economy.

The main goal behind the CCP’s slandering of the spiritual leader was an attempt to gain more domestic control over the Buddhist community in Tibet and also to discourage any such attempts by other nations in the future.

One such example of China's continued oppression of the Buddhist religion and its practitioners can be ascertained from the arrests of Tibetan monks Dza Wompo Monastery in the Sichuan province in Tibet. On November 9, 2019, Chinese authorities detained a 19-year-old monk named Tenzin Nyima, along with six others for taking part in peaceful protests. Subsequently, Tenzin was released in May 2020 and then rearrested on 11 August 2020, after he shared details of his initial arrest online.

In early October, authorities contacted his next of kin to come to collect the young monk due to his deteriorating medical condition. According to Human Rights Watch, Tenzin was suffering from serious injuries due to beatings, malnourishment, and mistreatment in custody.

In another similar incident, Lobsang Thamkhe was arbitrarily arrested in 2018. After remaining in custody without any formal sentencing, he was finally sentenced to four years in prison on July 31, 2019. His crimes and his whereabouts have still not been disclosed by the Chinese authorities. Thamkhe was enrolled in Kirti Monastery and graduated from the monastery’s Young Buddhist School. The monastery was later forcibly shut down by the Chinese authorities.

These are numerous such stories of Chinese atrocities against Buddhists, some told, some untold. With the intent of hiding these targeted abuses against the Buddhists and projecting itself in a positive light to the International Buddhist community, China has embarked on a major Buddhist charm strategy targeted at neighbouring Buddhist nations in South and Southeast Asia. Since 2005, China has begun to host the ‘World Buddhist Forum’.

This forum brings together clerics, practitioners and scholarly experts from across the world and using this platform the CCP has tried to put forward China's ‘unique’ religious policy. The last forum took place in October 2018 at Fujian and attracted approximately a thousand participants from 55 different countries. China also undertakes efforts to invest in projects that enhance Buddhism’s heritage in South Asia, such as the excavation of important Buddhist sites in Bangladesh and the restoration of the Lotus Sutra Tower in Sri Lanka. The intent behind such an investment is to align the host country with the ideology of Buddhism with Chinese characteristics.

In addition to this, the CCP also invites monks from foreign nations like Myanmar and Laos to take up residency in empty Buddhist temples in southern Yunnan. These foreign monks that are invited by the CCP are not subject to the same rigorous political education given to indigenous monks. These actions demonstrate to other nations that China is invested and supports the growth of religion. Through these actions, the CCP has managed to improve its image among the Buddhist community as well as covertly influence the spiritual leaders of other countries. The success of this strategy is evident from the fact that neighbouring Buddhist nation-states have not voiced their criticism of CCP’s treatment of Buddhist religion and worshippers.

China, in its pursuit of national unity, has taken away the religious freedoms of its people. The CCP is so worried about challenges to its authority that it even views religions as a potential threat. Buddhism is not the only religion, whose practitioners have been hounded and repressed by the CCP. Christianity and Islam are also practised by a large number of people in China. Both these religions have had severe restrictions placed on them similar to the way to Buddhism. In the recent past, China under Xi Jinping has increased its anti-religion activities. The CCP views religion as a threat towards its monopoly on power and thus is anxious to take control of all religions. The international community must take immediate cognizance of CCP’s obsession with power and a fitting response in unison to China's growing religious intolerance and bigotry is the need of the hour.