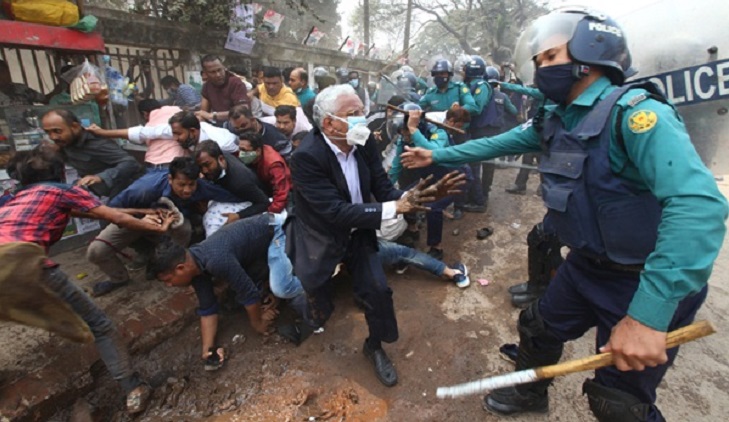 Around 17 activists of BNP were arrested following a clash between police and the party activists during a rally organised in front of the National Press Club on Saturday protesting the government’s decision to strip its founder Ziaur Rahman’s gallantry title of 'Bir Uttam'.

Mamunur Rashid, officer-in-charge of Shahbagh Police Station, said, “BNP leaders and activists were trying to create chaos in the area but police dispersed them and took the situation under control.”

The party claimed that police have arrested at least 17 of their activists from the spot. Some leaders and activists of the party were also injured in the police attack, it claimed.

Later, the law enforcing agencies bring the situation under control at around 12:30pm.

Earlier, the party began the rally around 10 am which was attended by several thousand BNP leaders and supporters from across the country.