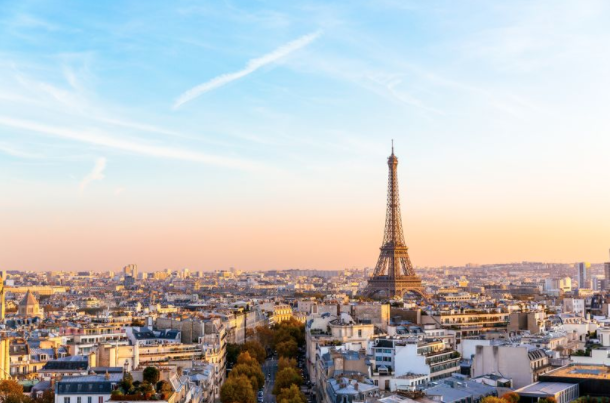 The Eiffel Tower is set to get a very special makeover ahead of the Paris Olympics in 2024.

The iconic landmark will be given a fresh lick of paint, in yellow and brown tones that will give it an overall golden hue - a fitting tribute to the winners' medals of course.

Not to mention that it's reportedly the colour which Gustave Eiffel originally wanted when creating the tower.

"It's going to give the Eiffel Tower a more golden hue at the time of the Olympic Games," Patrick Branco Ruivo, the director of the Société d'Exploitation de la Tour Eiffel, told France Info. "It will give [the tower] a bit of rejuvenation".

Renovations for the tower already began back in 2019, while the painting of the tower is expected to last until 2022. This isn't surprising when you consider that there is a surface of approximately 250,000 sq m to paint!
It's not the first time that the Eiffel Tower is getting a makeover; this is actually the 20th lick of paint it will be receiving.

Other colours have previously included red-brown to yellow-ochre, then to chestnut brown and the bronze hue you'll recognise from Friday.

Of course come night-time, the Eiffel Tower has a somewhat golden hue already when its 20,000 light bulbs shine for the dazzling light shows which never fail to be a hit with visitors. (When we can travel again, if Paris is on your wishlist make sure to stick around to watch the Eiffel Tower at 1am when there's a particularly special show!).

The best views of the shows aren't necessarily at the landmark itself - popular viewing points tend to be the likes of the Jardins de Trocadero, the Montparnasse Tower and the Champs-Élysées.

Speaking of the Champs-Élysées, these are also currently undergoing a major transformation and being turned into a £223million 'extraordinary garden'.