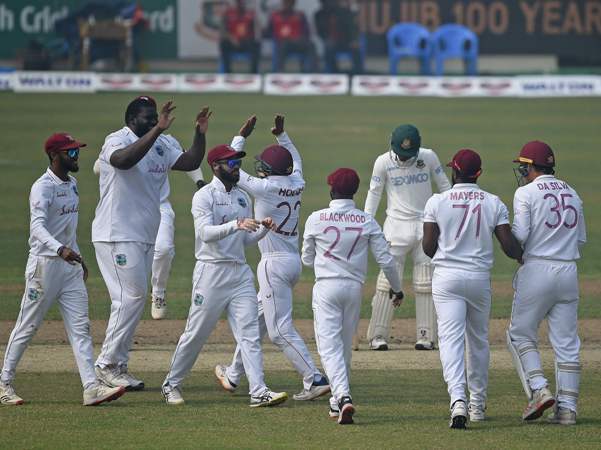 Bangladesh continued fighting to avoid a follow-on, despite losing two overnight batsmen -- Mushfiqur Rahim and Mohammad Mithun -- in the first session of Day 3 of the Dhaka Test on Saturday.

The hosts were batting at 105 for four at the end of Day 2. In the first session of Day 3, the Tigers added 76 losing the wickets of Mushfiqur and Mithun.

Rahkeem Cornwall bagged both the wickets. Mithun was the first man to get dismissed on Day 3 while flicking a delivery to mid-wicket. The casual shot ended up being an easy catch to West Indies captain Kraigg Brathwaite.

And Mushfqur, who scored his 22nd Test half-century, fell for 54 while playing an ambitious slog-sweep.

Mushfiqur and Mithun added 71 runs for the fifth wicket. Mehidy Hasan Miraz (11*) was eventually joined by Liton Das (23*). Together they stitched 26 runs for the seventh-wicket stand at lunch.