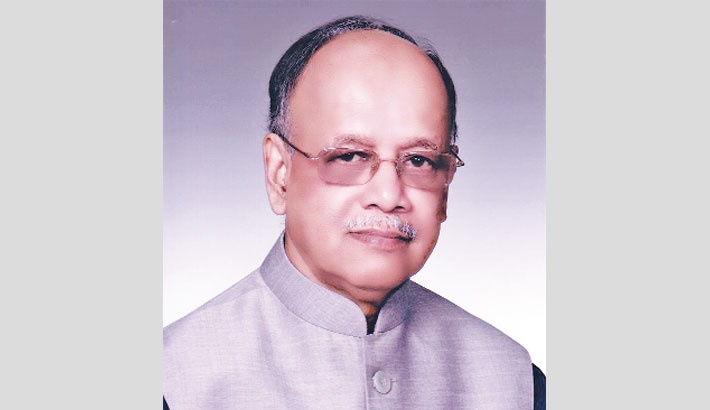 In countries where there is multi-party democracy, which are highly polarized in terms of political thoughts and priorities, a third force often played very crucial role in shaping the opinion of people and the country. Such forces are commonly known as ‘Civil Society’ organizations. According to World Bank “Civil society…refers to a wide array of organisations, community groups, non-governmental organizations (NGOs) labour unions, indigenous people, charitable organization, faith-based organizations, professional associations and foundation.” Needless to say the World Bank definition covers a wide array of entities that could be termed as ‘Civil Society’. Examples of well-known civil society organizations include Amnesty International, the International Trade Union Confederation, and the Word Wïde Fund for Nature (WWF), Greenpeace and the like. Unfortunately, some of these organizations often became subject of controversy due to their controversial role and not being consistent with their deeds and activities. One such organization is Amnesty International which consistently failed to raise voice against injustices caused to sections of people in different parts of the world. The case of Rohingyas in Myanmar, the Blacks in United States, the Uyghur Muslims in China or that of the Palestinians   are examples where Amnesty’s role has always been under scrutiny.

Sometimes ‘Civil Society’ organisations or groups emerge because of certain compelling situation in a country or a region and these organizations in reality do not have structured organization but rest on leadership. One such example is the American Civil Rights Movement of the fifties and sixties where the African Americans and their like-minded allies got together to voice their concern against growing racial discrimination, disenfranchisement and racial segregation in the United States. The movement has its origins in the late 19th century, although it made its largest legislative gains in the mid-1960s after years of direct actions and grassroots protests. The social movement’s major non-violent resistance and civil disobedience campaign eventually secured new protections in federal law for human rights of all Americans. The American rights activists, known for their fight against social injustice and their lasting impact on the lives of all oppressed people, include Martin Luther King Jr., Harriet Tubman, Sojourner Truth, Rosa Parks, W.E.B. Du Bois and Malcolm X. Some of them were assassinated by white supremacists before their dreams could be achieved. These Civil Rights’ movement leaders publicly did not have any political affiliation. They struggled for some common cause that would serve the people across political affiliation or faiths.

India had a number of Civil Society groups to protect the rights of Dalit and other low caste members of the society including the ethnic minorities and people of other faith. But over the years such groups could not make much progress because of the people of higher caste would not permit them to operate in public. The condition of Dalit, the low caste Hindus is still as bad as it was in the time of partition of India. There was this remarkable case of Dr. B. R Ambedkar who is more known as the Chief Architect of Indian Constitution.  In the election of 1946 Ambedkar was denied nomination by the Indian National Congress. His only disqualification was he was a Dalit. Ambedkar was later elected uncontested as a candidate of Scheduled Caste Federation from Jessore (Jashore), Khulna and Barishal constituencies where more than 40 per cent of population were Muslims. Neither in India nor in Pakistan today can we see the existence of any non-partisan Civil Society organizations. This has contributed towards polluting politics and acceptable social norms in these two countries.

The case of Bangladesh is also no different. Once there were vibrant non-partisan non-political civil society organizations in this country which contributed to the protection of common cause and interest of the people. Right after the partition of Bengal when there were attempts to instigate communal tensions, different Civil Society organizations of East Bengal and the common people with the help of the students and the educated section of the society played vital role in diffusing the communal tension. They were the early Civil Societies of East Bengal. Those affiliating with such civil societies may have had political affiliation but came together on a common platform for the common cause of the people.  Tamuddin Majlis, one of the early key organizations to have played a very important role in the Language Movement, was more a Civil Society organization that had no political or any other ambition other than fighting for recognizing Bangla as a state language of Pakistan.

In the recent times the ‘Ekattorer Ghatak Dalal Nirumul Committee’ may also be considered a civil society formed to press home the demand for the trial and punishment of those who committed crimes against humanity in 1971. This was formed with the initiative of Begum Sufia Kamal, Jahanara Imam, Begum Mustari Shafi, Abdur Razzak, Abdul Mannan Chowdhury, Shahriar Kabir, Muntasir Mamoon and others. Most of the front-liners of this organization were members of the families who were affected by the atrocities committed by the members of Jamaat-e-Islam and their storm trooper Al-badr during our War of Liberation. The organization was formed immediately after BNP led by Begum Zia formed the government in 1991. She granted the Ameer of Jamaat-e-Islami Ghulam Azam to do politics in Bangladesh. For the organizers, it was an uphill task as the state machinery stood against it. Later few other Civil Society organizations, including the cultural workers joined the movement.  Begum Zia’s government was profusely supported by the Jamaat during and after the national election and she had a debt to pay and to reward them. Begum’s Zia’s government went to the extent of filing treason case against 24 leading leaders of this Committee. Begum Jahanara Imam, whose son was a martyr of 1971, died with the treason charges filed against her. The cases were only withdrawn in 1996 during the first Care Taker government’s tenure.

‘Pesha Jibi Sangram Parishad’ formed during Ershad’s one party rule was also another effective Civil Society organization which stood alongside the political parties who were waging a movement against Ershad’s one party autocratic rule. Eminent lawyers, teachers and other professionals joined this group and strengthened the cause of the political parties waging movement against Ershad.

Currently there is a very vibrant Civil Society organization named ‘Sampritee Bangladesh’ formed by cultural workers and professionals to maintain peace and harmony amongst people of all faiths and beliefs. They hold regular on-line discussion programmes and before the pandemic restricted their physical movement they also travelled across the country to preach their cause. Currently they also, as part of serving the common people, hold regular tele-medicine programmes. So far, Sampritee’s role has been quite laudable.

Since the middle of last century Civil Society groups have played important pro-people roles in different countries. In 2015, U-Report, an African Civil Society group helped to uncover a scandal in which teachers were found to be exploiting children by awarding grades and pass marks in return for sex,. In 24 hours, 13,000 people had responded and were provided with counselling and a support helpline and all those teachers were punished.  There was a time when Civil Societies had the ability to raise concerns, influence government policy and create meaningful dialogue between policy-makers and the public but unfortunately, with passage of time, most of these Civil Society groups have either faded away or have become stooges in the hands of political parties or some international agencies or organizations with hidden agenda.  Now with growing concerns about the climate change, environment degradation, rise of corruption in all strata of society, the rise of communal tension, social discrimination, the sabre rattling of supremacists and anti-Semitism, the spread of wilful misinformation and rumour, harming democratic institutions, it is time to revive the glory of the Civil Societies in different countries.