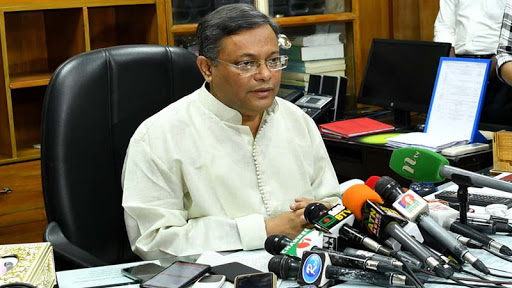 Information Minister and Awami League (AL) Joint General Secretary Dr Hasan Mahmud said that the government will take action against Al Jazeera if the High Court directs the government to this end.

Terming the present government as media-friendly one for its firm belief in freedom of the press, he said that if the High Court gives any directions to the government in this regard, then the government has to obey the order.

The minister stated these while responding to the queries of journalists during the briefing on current affairs at his residence in the city on Friday evening.

“We could have shut down Al Jazeera in our country if we wanted it. Even in India it was closed for a while. The telecast of Al Jazeera is still closed in six to seven countries in the world. But the government, led by Sheikh Hasina, did not take such initiatives as it believes in the freedom of press,” he added.

Dr Hasan said that independence is needed for any organisation, but it also needs such responsibility. “Freedom does not mean to air the wrong, false, biased and motivated news items which deprive the freedom of others, “he added.

Terming the report published by Al Jazeera out of personal resentment, Dr Hasan said that Al Jazeera’s report is a fabricated one as it was produced with some cut and paste news items.

Criticizing the BNP leaders for spreading propaganda against the Corona vaccine, the information minister said now they are also taking the vaccine.

Many BNP leaders, he said, have taken the Corona vaccine at the end by saying various irresponsible questions.