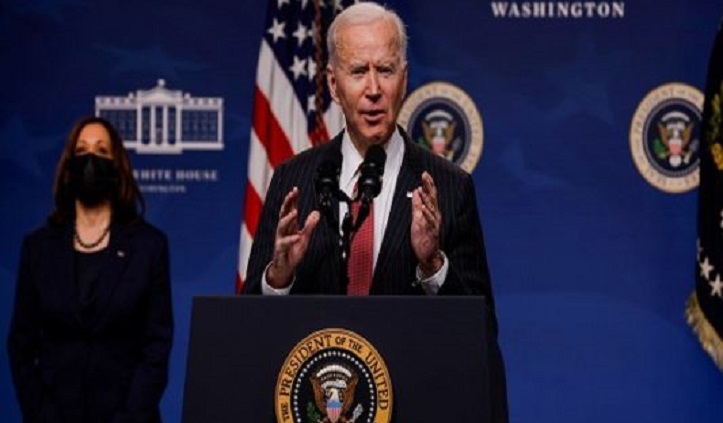 US President Joe Biden on Wednesday (local time) announced the launch of a new China task force that will provide recommendations on military strategy to the Department of Defense (DoD) to counter growing challenges posed by Beijing.

"Today I was briefed on a new DoD-wide China task force that Secretary Austin is standing up to look at our strategy and operational concepts, technology and force posture and so much more. The task force will work quickly, drawing on civilian and military experts across the department to provide within the next few months recommendations to Secretary Austin on key priorities and decision points so that we can chart a strong path forward on China-related matters," said Biden while delivering remarks at the Pentagon. The task force will be composed of civilian and military experts across the department and will need a whole government effort, bipartisan cooperation in Congress and strong alliances and partnerships, said the US President.

During his remarks, Biden said that the US needs to meet the growing challenges posed by China to keep peace and defend its interests in the Indo-Pacific and globally.

"We need to take on the dangers and opportunities of emerging technologies, enhance our capabilities in cyberspace, ensure that we are positioned to lead a new era of competition from the deep sea to outer space, and we need to meet the growing challenges posed by China to keep peace and defend its interests in the Indo-Pacific and globally," he said.

A China task force will study the military's footprint in Asia, technology, intelligence, the role of allies and partnerships, and other areas of the strategy, The Wall Street Journal reported citing administration officials.

The Pentagon said in a fact sheet that the China Task Force will review high-priority matters related to Beijing, including bilateral defense relations, intelligence and US alliances and partnerships and issue recommendations within the next four months, reported Sputnik.

The relations between the US and China have deteriorated sharply over the last year in wake of the Covid-19 pandemic, China's efforts to curtail Hong Kong's autonomy, and the US-China trade war.

A few days back, Chinese top diplomat Yang warned the US not to cross a "red line," saying issues --such as human rights, the coronavirus response, Taiwan, Hong Kong, Tibet, and Xinjiang---concern China's core interests, national dignity, as well as the sensitivities of its 1.4 billion people. (ANI)