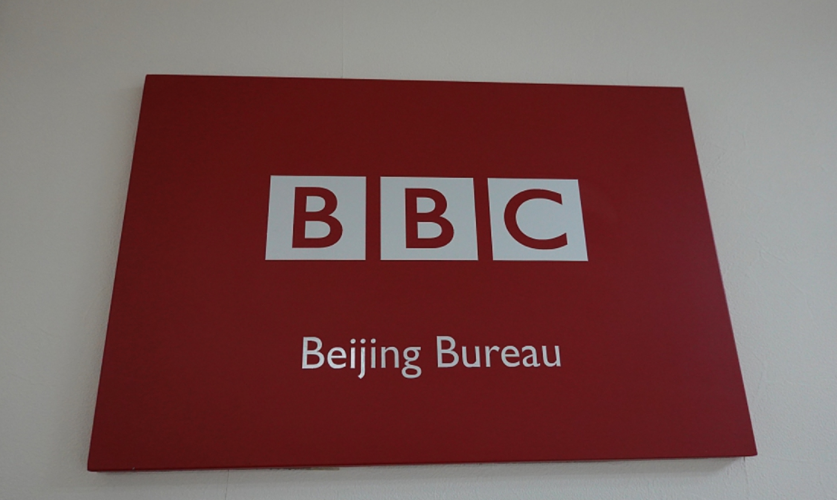 China’s National Radio and Television Administration (NRTA) has barred BBC World News from broadcasting on the mainland saying that it done a “slew of falsified” reporting on issues such as human rights violations in Xinjiang based on interviews of victims surviving “re-education camps.”

Global Times, the Chinese Communist Party government’s mouthpiece, said that the broadcaster is responsible “for falsified reporting” on China’s handling of the coronavirus in the country.

“China will not allow the broadcast of BBC World News in Chinese mainland after the broadcaster did a slew of falsified reporting on issues including Xinjiang and China’s handling of COVID19, a move (that) expert said send a clear signal that fake news is not tolerated in China,” the Global Times wrote on Twitter.

In an opinion article, the Global Times wrote that China has sent the outside world a clear signal that it has zero tolerance for fake news by barring BBC World News from airing in China.

“The decision comes as no surprise. According to the National Radio and Television Administration, BBC World News has been banned as some BBC’s reports on China infringed the principles of truthfulness and impartiality in journalism,” it claimed.

The opinion piece further accused the BBC of viewing everything concerning China with “double standards. And now, it is paying the price for what it has done.”

“It stooped to a new low earlier this month when it published a sensational story alleging Uygur women were “systematically raped, sexually abused, and tortured” in the vocational education and training centres in China’s Xinjiang Uygur Autonomous Region, only citing oral dictations of individual Uygur women without any verification,” it said.

The CCP mouthpiece further claimed that BBC is carrying out a public opinion crusade against China. It has become a propaganda tool for secessionist and separatist forces of China, threatening China’s national security with false reports.

“In order to serve those secessionists, it has taken a preset position to make selective reports, degrading into a rumour mill. Given this, China has every reason to take action against it. China’s punishment on the British broadcaster is reasonable. If we don’t respond, it will mean we tolerate anyone to discredit us in this way. China must teach BBC a lesson,” the Global Times wrote.

This comes after the Chinese Foreign Ministry has said that “BBC has made some false reports” on human rights abuses against Uyghurs in Xinjiang after the British broadcaster reported systematic rape in so-called re-education camps.

On January 27, US Secretary of State Antony Blinken had stated that his opinions on the genocide committed against the Uyghurs by China have not changed.

President Joe Biden’s nominee for UN Ambassador Linda Thomas-Greenfield said the State Department was reviewing its designation of China’s treatment of Uyghurs and other minority groups in Xinjiang as “genocide.”