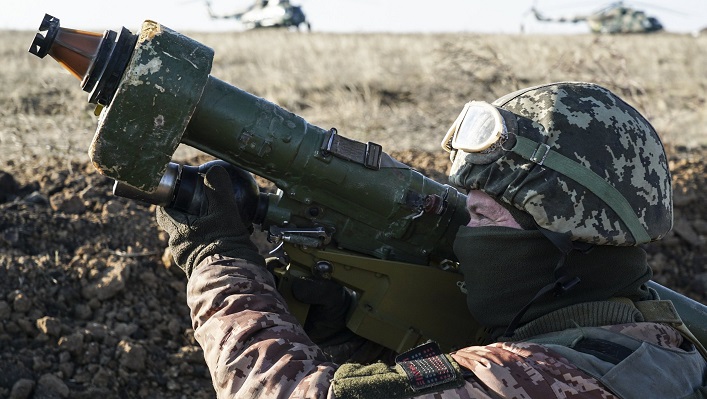 Two Ukrainian soldiers were killed in clashes with Russian-backed separatists, the army said Friday, in the worst recent outbreak of fighting in their long-simmering conflict.

Ukraine has been fighting separatists backed by Russia in the eastern Donetsk and Lugansk regions in Donbass since 2014 following Moscow's annexation of the Crimean peninsula.

The conflict was at the centre of diplomatic spat the UN Thursday when Western countries claimed Russia was blocking efforts to bring about an end to the fighting.

Kiev has repeatedly accused Moscow and the separatists of undermining a ceasefire that brought relative calm when it took effect in July last year.

Ukraine's defence ministry reported that one soldier was killed by heavy machine gun fire near the village of Novomykhaylivka, southwest of Donetsk, the separatists' de facto capital.

In a separate incident, another soldier was shot dead by sniper fire near Zaytseve, also in the Donetsk region, the ministry said on its website.

Ukraine's President Volodymyr Zelensky on Thursday visited the frontline with several Western ambassadors and said that "the number of attacks carried out by separatists "has increased recently".

Zelensky said the truce was necessary to save military and civilian lives.

The US and European countries on Thursday accused Russia of blocking any solution to the conflict that has claimed more than 13,000 lives.

"We call on Russia to withdraw its forces from Ukraine, cease its support for its proxies and other armed groups," US diplomat Rodney Hunter said during a UN Security Council video conference

Russia denies sending troops and arms to support the separatists.