Biden warns China will "eat our lunch" on infrastructure spending 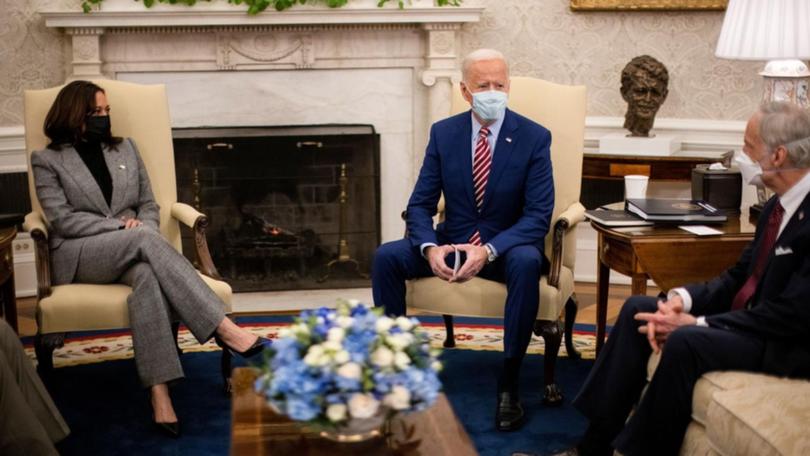 US President Joe Biden has warned that China will “eat our lunch” if America doesn’t “step up” its infrastructure spending.

Mr Biden was speaking on Thursday with a group of senators about the need to upgrade infrastructure in the US.

His warning comes the day after his first phone call with Chinese President Xi Jinping.

On the call, Mr Xi took a hard line on human rights saying a confrontation would be a disaster for both countries.

Mr Biden made the comments after meeting with members of the Environment and Public Works committee.

“If we don’t get moving, they are going to eat our lunch,” President Biden told senators.

A widely cited American Society of Civil Engineers (ASCE) “report card” from 2017 gave the country’s infrastructure a grade of “D+”.

The ASCE estimated that the total “infrastructure gap” needed $2tn by 2025 to fix, but would cost the economy twice as much if it went unaddressed.

The World Economic Forum’s 2019 Global Competitiveness Report ranked the US 13th in a broad measure of infrastructure quality, down from fifth place in 2002.

“They have a major, major new initiative on rail and they already have rail that goes 225 miles an hour with ease,” Mr Biden noted.