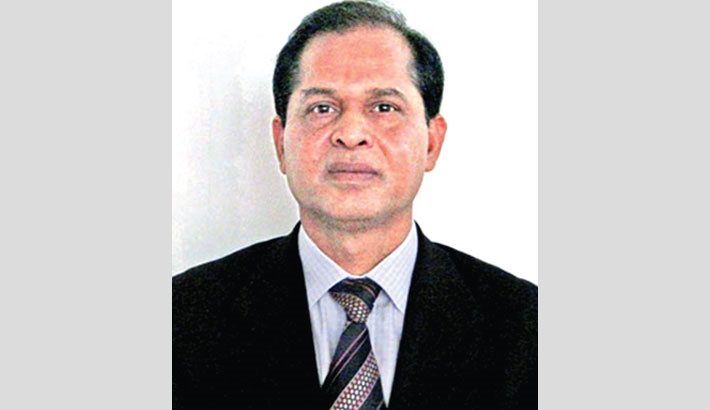 The Secretary General of the United Nations Dr. Kurt Waldheim and his wife came to Bangladesh on a 24-hour visit on 9 February 1973. Dr. Waldheim reached Dhaka via the Indian capital New Delhi on ending his short visit to Pakistan.

After arrival at the Dhaka airport, the UN Secretary General told the newsmen that he had come to Bangladesh to discuss a number of issues, including the repatriation of the Bengalis stranded in Pakistan, with Prime Minister Bangabandhu Sheikh Mujibur Rahman and his other colleagues.

He also said that he had noticed sincere desires of both the parties to solve the existing problems of the sub-continent. The purpose of his visit was to see personally the current political, social and economic situation of the sub-continent. He opined that it was very important to create an environment of mutual trust first in solving those problems. He said that Pakistani President Bhutto had the willingness to resolve all the existing problems, including the return of the detained Bengalis. He further said that he would also discuss with the officials of the United Nations working in Dhaka about possible assistances of the UN for the future economic development of the newly established state Bangladesh.

His meeting with Bangabandhu was held at the Ganabhaban on 9 February night. They had detail discussion on a number of issues, particularly the existing problems in the sub-continent. After the meeting, Dr. Waldheim talked to the journalists waiting there. He said that he had very fruitful exchange of views with Bangabandhu. He expressed the hope that their discussions would ease the way to have a satisfactory resolution of all the questions already pronounced publicly for normalisation of the relations between the countries of the sub-continent. He also said that his discussions had helped him better understanding the problems of Bangladesh.

Bangabandhu hosted a luncheon in his honour on 10 February. Just before the luncheon, the UN Secretary General had also some discussions with Bangabandhu. On those two occasions, Dr. Kurt Waldheim had talks with Bangabandhu for more than three hours. After the meeting, the Secretary General met the newsmen. He said that their discussions had been very open and cordial. They discussed all aspects of the existing problems. Bangabandhu gave a fair idea about the innocent Bengalis detained in Pakistan. The main topics of discussion with Bangabandhu were various issues including recognition of Bangladesh by Pakistan, exchange of stranded people and release of prisoners of war.

Dr. Waldheim also met the President of Bangladesh. The President said that whether the talks would be held at bilateral or trilateral level, Pakistan must recognise Bangladesh, only then Bangladesh could sit down for talks with sovereign equality. He further said that the Pakistani leaders were spreading hostile propaganda mentioning independent sovereign Bangladesh as Muslim Bangla, a clause had been added to the constitution of Pakistan describing Bangladesh as 'East Pakistan' and that the territory Bangladesh, as propagated, would eventually be included in the Pakistan Federation. In view of that the recognition of Bangladesh by Pakistan had become more urgent. Regarding the Pakistani prisoners of war, he said that the question of Pakistan's recognition of Bangladesh should have come up at the outset of taking any step to resolve the other issues.

The UN Secretary General visited the food warehouse run by UNROD in Narayanganj. There, he also talked to the press people. He said that although the relief operation was supposed to be closed in March, but it would continue till December of 1973. However, he indicated that how much relief the UN would be able to provide to Bangladesh depended on the donor countries. Dr. Waldheim also reviewed the progress of relief and rehabilitation activities in Bangladesh with the authorities and agencies concerned.

At a press conference held at Dhaka Airport on the eve of his departure from Bangladesh, the UN Secretary General expressed the hope that the stalemate over the problems of the sub-continent would be overcome. He had noticed deep interest and sincerity in everyone. All three countries had expressed their interest in resolving the problems that existed as obstacles to the relations between the three countries. The purpose of his visit to the sub-continent was to find a solution by discussing the problems here. He said that his visit had helped in reaching a good rapprochement between the three countries and that a solution could be found as there was sincerity in all parties.

Dr. Kurt Waldheim expressed his gratitude to the Prime Minister of Bangladesh Bangabandhu Sheikh Mujibur Rahman and all others for their cooperation during their talks and said that he was satisfied with those discussions. However, describing the problems between the three countries as ‘extremely complex and difficult’, he said that those could not be resolved overnight. No miraculous solution could be expected. However, he mentioned that those problems were interrelated.

The UN Secretary General said that the exchange of civilians between Bangladesh and Pakistan, return of prisoners of war, etc. were the major problems. He had free and open exchange of views with the leaders of Bangladesh on those issues. He expressed the hope that their talks would pave the way for a satisfactory solution to the problems for normalising the relations between the countries of the sub-continent.

He also expressed his belief that a conducive environment to solve the problems needed to be created. Regarding the repatriation of the detained Bengalis, he said that he had discussed the matter with both the parties. However, he said that the issue was of completely bilateral nature.

When he was asked whether he had considered the problem as bilateral presuming that the immediate recognition of Bangladesh by Pakistan would expedite the resolution of the problems, he said that it was ‘very important’ and he had detail discussion on this issue with the President of Pakistan during his recent visit to Pakistan.