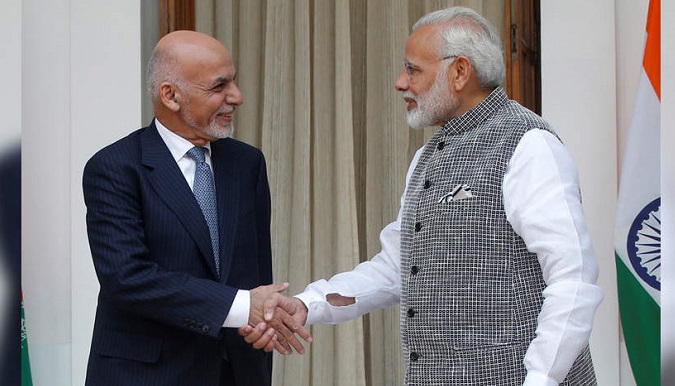 India and Afghanistan on Tuesday signed an agreement to build the Shahtoot Dam in Kabul to provide drinking water facility in the Afghan capital.

While signing the agreement, President Ghani thanked India and PM Modi for the "gift of water".

Speaking at the virtual summit, Ghani said, "With Shahtoot reservoir, we will be able to implement our vision of restoring natural beauty that captivated the imagination of Babur. I thank India and Prime Minister Modi for offering this gift of water, in addition to the gift of vaccines."

The Afghan President lauded India for giving attention to Afghanistan and giving a "gift of life to Kabul and the people of Afghanistan symbolise the value of decency, democracy, humanity, mutual interest, mutual respect, mutual trust and our interdependent world".

The Shahtoot dam is to be constructed on the Kabul river basin, one of the five river basins of Afghanistan. Along with the Shahtoot dam, India has pledged to commit $80 million for various projects in the country. Around 150 projects have already been announced by India in the conflict-ridden country.

Shahtoot dam will provide clean drinking water to two million citizens of Kabul and will also be used for irrigation.

During the summit, Ashraf Ghani also thanked Prime Minister Modi for the 5,00,000 doses of Covid-19 vaccine given by India.

"Your decision to provide us with 5,00,000 doses of the vaccine at this critical time when Indians themselves are looking for every single vaccine could not be a greater gift ... These will be administered to our frontline health workers and our heroic security forces and vulnerable people. We cherish this act of exceptional generosity," he said.

Expressing concerns over the rising violence in Afghanistan, PM Modi termed targeting of the civilians, journalists and workers by the terrorists a "cowardice act" and asserted that both India and Afghanistan want to see the region free of terrorism.

"A sovereign and united Afghanistan is essential to South Asia's prosperity, connectivity, and stability. Peace is the central desire of Afghan people," said Ghani.