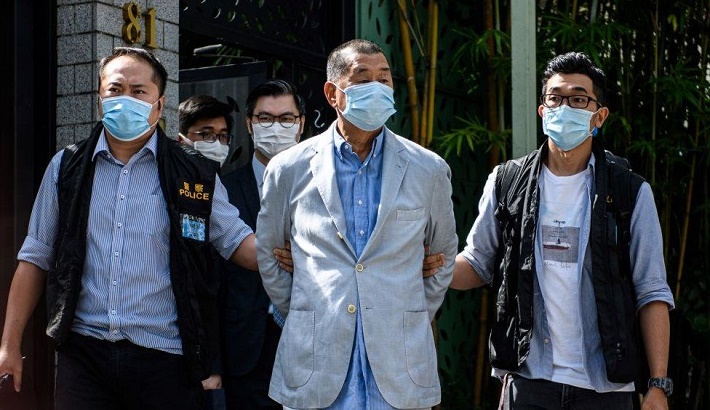 Mr Lai, 73, is accused of conspiring with foreign forces to endanger national security, and could face a lengthy jail term.

He is the most high-profile person charged under the law.

Mr Lai founded the Apple Daily newspaper and is a fierce critic of the authorities in mainland China.

The tycoon was originally arrested under the law in August 2020 after a police raid on Apple Daily's head office. He was released on bail but then rearrested in December.

Hong Kong's court of final appeal ruled that a lower court was wrong to release Mr Lai briefly from detention.

However, the judges ruled that Mr Lai could make another bail application.