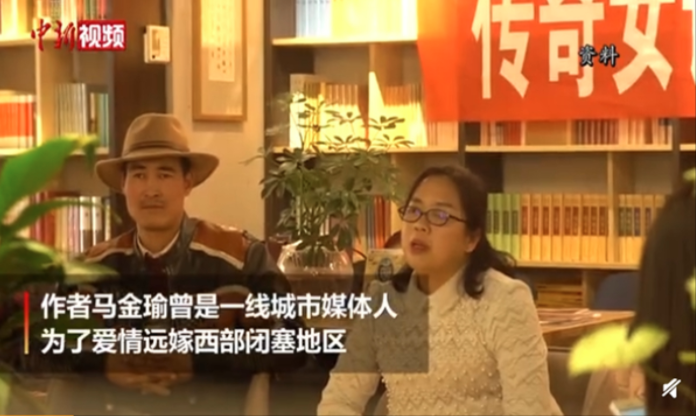 A former journalist who married a farmer in far west China claimed she was cruelly abused by her husband and had to flee with her three children, which sparked an outcry on Chinese social media and triggered heated discussion on women's status in China's Tibetan regions, as well as the country's promotion of gender equality.

Ma Jinyu, a former reporter from The Beijing News newspaper, published a letter on Saturday, which went viral online quickly. In the letter, Ma claimed she was abused by her husband since 2015.

"He grabbed my hair, punched me in the head. I was beaten so cruelly that it led to urinary incontinence. Almost every month, the violence returned, sometimes because he was drunk, while sometimes because he suspected that I had an extramarital affair," read the letter. Ma also said she caught her husband cheating on her but was severely beaten after requesting an explanation.

The marriage grabbed the public spotlight in 2010 and had been regarded as a symbol of "pure love." Having given up her reputation and career in journalism, she went to Northwest China's Qinghai Province to chase love, and married a farmer in a Tibetan area after knowing each other only for 47 days. Ever since, the couple has lived a very traditional life, breeding bees on the grassland and planting mushrooms on the Qinghai-Tibet Plateau.

The Women's Federation in Qinghai Province said on Sunday that the federation is paying close attention to the case and it stressed that China opposes any form of domestic violence. No reports from Ma were found in the petition channels, the federation said, encouraging women to be brave and resort to legal channels to protect their rights.

Local police told the Beijing News on Sunday that they have launched a thorough investigation of the case. But the police said that they had received no calls from Ma previously.

The Political and Judiciary Commission under the Central Committee of the Communist Party of China condemned domestic violence on its official Sina Weibo account on Saturday, saying "it should be resisted, exposed and punished  by all sectors of society."

"Economic development levels and local customs are not 'shields' for domestic violence. It is the abuser who should be blamed, rather than any particular region or ethnic group," it said.

As of press time, Ma could not be reached by the Global Times for comment.

However, Ma's husband denied the claims to the media on Sunday, saying that he had neither abused Ma nor cheated on her. He only beat her in 2011 once when Ma had an argument with his father, and he said that he had been subject to domestic violence from Ma.

On China's Sina Weibo, the topic of "married a guy from such a long distance for love but got abused" ranked at the top for an entire day, with 600 million netizens joining the discussion. Many claimed that marrying someone from so far away is actually a big gamble.

However, China's genderequality experts stressed that domestic violence can happen to anyone, regardless of the victim's identity, religion, income or education level. Marrying a man in a Tibetan area for love is no reason for her to be subject to domestic violence - it is the man and the poor social environment, they said.

In the letter, Ma said in that area, women like her were not allowed to be more dominant in families. Many Tibetan women who used to work with her have also suffered from domestic violence and they would come to her for help. "The local county is very close to the Yellow River, and every year there were women who would jump into the river," read the letter.

It stirred a wave of discussion over women's status in China's Tibetan regions. "Based on my experience of frequent visits to Tibetan areas, traditionally, the status of women in the family was high in Tibetan areas, especially in pastoral areas," an expert in Tibetology and ethnic history told the Global Times on Sunday.

Now that social mobility has increased, the society has become male-dominated. Many men go out to work. Women can't leave because they are raising children and doing housework. They have less knowledge of society and are more dependent on men. Meanwhile, men's economic and social status in Tibetan families have improved from traditional times, the expert said.

But the expert said that Ma's case does not represent the entire society, as women's status is comparatively low in households in rural areas, not just in Tibetan regions.

Sexologist Fang Gang told the Global Times that the abuser is neither irrational nor unable to exercise self-control. They did an assessment, made a rational choice, and finally chose violence.

A survey conducted in 2015 by the All-China Women's Federation showed that roughly 30 percent of China's 270 million families experienced domestic violence in some form. Based on an average of one child per family, nearly 90 million children in China have witnessed violence among their family members.

China implemented the Law on Family Violence in March 2016. The law, the first of its kind in the country, marked a milestone in the development of China's legal system, in the progress of protecting citizens' rights, and in the promotion of female and child development.

But experts said the reforms have had a limited impact in practice as low public awareness and lenient penalties have undermined the law's effectiveness and discouraged victims from reporting abuse to the police.

The overall development trend is positive. But there is still a long way to go from having laws to enforcing them, Fang said.