Many militants to surrender soon 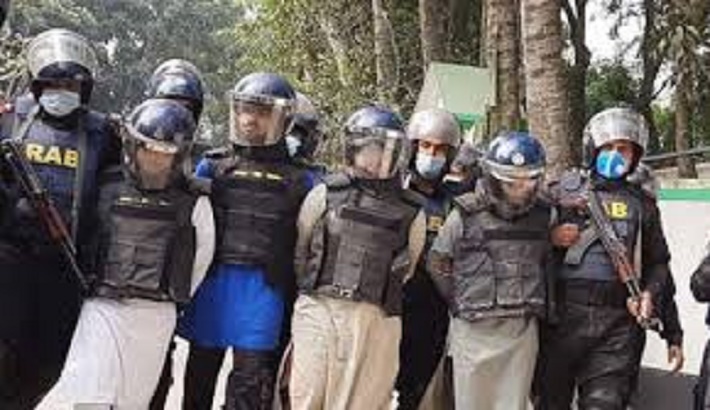 A large number of fugitive members of different militant groups have expressed  their willingness to surrender to the Rapid Action Battalion soon for their return to a normal life.

Many militants, who are now in hiding, have contacted the RAB for their surrender, said Lt Col Ashique Billah, director (legal and media) of the RAB, in an exclusive interview with the Daily Sun on Saturday.

The exact number of the militants willing to surrender will not be disclosed for tactical reasons. But it could be said that a large number of militants contacted the RAB after nine militants surrendered on January 14, he said.

He further said the militants will come to the RAB headquarters soon to talk with the elite force and surrender.

“The radicals, who have contacted us, have been assured of rehabilitation. Some of them are wanted in criminal cases. We’ve assured them of providing legal assistance,” he said.

The normal life of some rehabilitated militants has encouraged them to choose the path of surrender.

Rakhal (not his real name), who joined a militant outfit a few years ago, returned to normal life on his surrender last year.

He said some of his friends indoctrinated him into militancy.

“After joining the militant outfit, I was very active and began to circulate the ideology of the outfit,” he said.

“At one stage, I could realise that I was misguided. Later, I decided to give up the path of radicalism. Afterwards, I contacted the RAB and surrendered. After surrender, I was helped financially for rehabilitation. Now, I am spending a happy life which I used to do before being a member of the outfit,” he said.

He also said the family and society have accepted him cordially. “I am not facing any trouble in my present life,” he said.

He has urged other militants to follow his path.

About the militants, who surrendered in Bogura in 2016, Ashique Billah said the RAB continued to keep touch with those who returned to normal life.

The RAB began deradicalisation and rehabilitation process in 2016. At that time, some radicals surrendered to the crime-busting force.

In the running year, the force formed a cell to lead the deradicalisation and rehabilitation process and launched a hotline email [email protected] so that militants can contact them.

After the formation of the cell and the launch of the hotline, nine militants of Jamaat-ul-Mujahideen Bangladesh (JMB) and Ansar Al Islam surrendered on January 14.