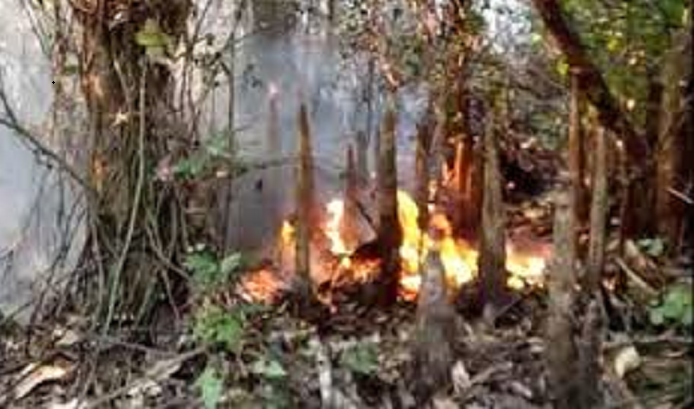 The fire that broke out at Chandpai range of the Sundarbans East Zone under Sharankhola upazila was brought under control at 5pm.

BFD informed that firefighters cut a fire line over 5 kathas of land to prevent it from spreading further and were able to control the flames.

Almost 2 kathas of forest land were burnt by the fire, according to the primary information of BFD.

He also said the staff of the Forest Department saw the fire burning in the Dhansagar camp area of the forest at noon. Seeing the fire, he took part in putting out the fire quickly. There are no big trees in that area and did not cause any damage to wildlife.

DFO Muhammad Belayet Hossain further said that a three-member investigation committee has been formed to find out the extent of forest damage and the onset of the fire.

Station officer-in-charge of Sharankhola Fire Station in Bagerhat Leader SM Abdul Wadud said they went to the forest around 2.30 pm and took part in extinguishing the fire. Fire lanes have been cut across about 5 katha area so that the fire does not get involved in the forest. To put out the fire, water was brought from the Bhola river about two kilometers away by laying down a makeshift pipeline.