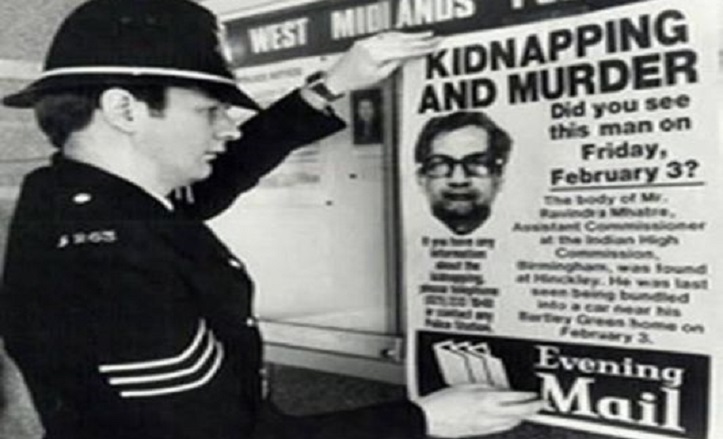 Remembering the diplomat, Blackman through his Twitter handle posted, "Today we remember the murder of the young #Indian diplomat #RavindraHareshwarMhatre who was kidnapped on 3rd February 1984 in Birmingham by #JKLF. They demanded a ransom of £1 million & he was then murdered on 6th February 1984. #RIP #OmShantiOm."

Mhatre was an Assistant Commissioner of the Indian High Commission in Birmingham. He was kidnapped on February 3, 1984, by JKLF.
The JKLF claimed responsibility and demanded a ransom of 1 million pounds. Later, his body was found three days later on February 6, 1984, at a sidestreet in Birmingham.

He was abducted and killed in an attempt to negotiate the release of terrorist Maqbool Bhat, founder of the JKLF.
India refused to negotiate with the terrorists and Bhat was hanged to death on February 11, 1984, days after Mhatre's body was found. (ANI)