England bowl out India for 337, lose Burns on first ball 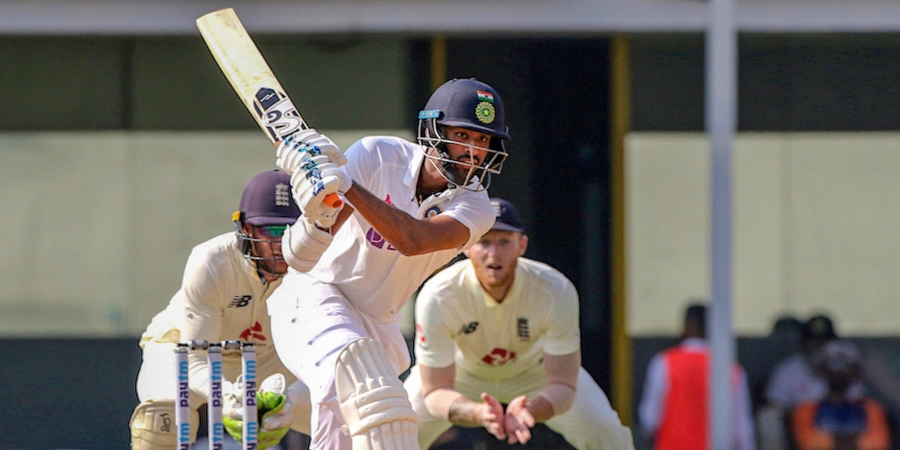 England lost Rory Burns on the first ball of their second innings after they bowled out India for 337 on day four of the opening Test on Monday.

India fell 42 runs short of avoiding the follow on despite an unbeaten 85 by Washington Sundar.

But England decided against making the home side bat again and started their second innings to build on a lead of 241.

The tourists were 1-1 at lunch after Burns fell on the first ball to Ravichandran Ashwin. Dom Sibley and Dan Lawrence were batting at the break.

Spinner Jack Leach and paceman James Anderson claimed two wickets each to end India's innings after the hosts resumed on 257-6 in Chennai.

Sundar put on 80 runs with Ashwin (31) before Leach broke the stand with his left-arm spin.

Left-hander Sundar, who made his debut in the fourth Test of India's historic win in Australia last month, raised his second successive Test fifty with a boundary off Leach.

England spinner Dom Bess claimed four wickets on Sunday to leave India reeling at 257 for six at close of play.

Wicketkeeper-batsman Rishabh Pant top-scored with a blazing 91 on day three.