Be Inoculated: Live and Let Others Live 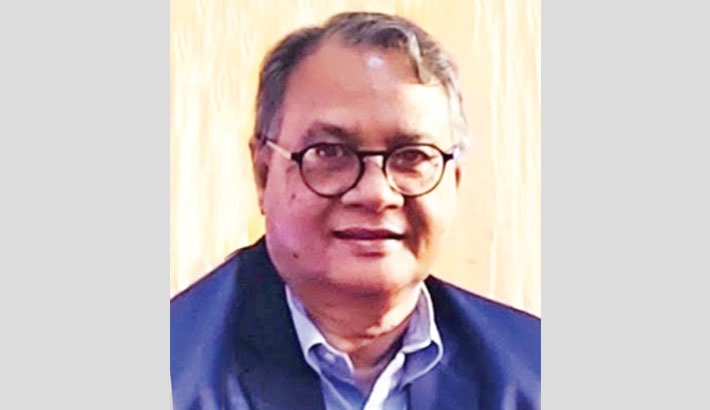 In Bangladesh, the full scale vaccination program against Covid-19 virus has been launched from 7 February, 2021. The trial run of the vaccination drive was opened by the Honourable Prime Minister a few days earlier with AstraZeneca-Oxford University vaccine. The two-day piloting was done with success. Importantly, no one of the 567 volunteers who took the first shot of the two-dose Oxford-AstraZeneca vaccine did complained of any major side effect. The full scale immunization drive involves 1,015 centres throughout Bangladesh. As many as 2,402 teams of health workers have been engaged in the vaccination program. Each team comprises of four members, including two health workers and two volunteers. The vaccine vials were sent across the country as planned. The vaccinators and volunteers have also been trained for the purpose. According to the latest reports, in the first phase, Bangladesh intends to vaccinate 3.5 million people and the drive will continue till the target of vaccinating required number of people to contain the infection.

Here it may be noted that the United Kingdom became the first country in the world to start administrating its citizens with Covid-19 vaccine. In the UK the vaccination drive began on December 8, 2020. Many other countries soon followed her and started the immunization drive against the Covid-19 virus infections. Health agencies mentioned that as of 1 February 2021, 101.31 million doses of Covid 19 vaccine have been administered worldwide. In the UK more than 10 million people received the first dose of the vaccine and across the US, nearly 34 million doses have been administered. Till today, the other leading countries in administering vaccines include China, Russia, India, Israel and Indonesia. The three leading vaccine developers and manufacturers like the Pfizer-BioNtech, Moderna, and Oxford-AstraZeneca are estimated to produce about 5.3 billion doses of vaccines in 2021. These will help to vaccinate about 3 billion people as the vaccines require two doses for the maximum effect against the deadly virus.

Here it needs to be mentioned that the developing countries are lagging behind in the race of administering vaccines to their people. Three reasons are assigned for such a state of affairs which are lack of financial resources to procure the vaccines, inadequate vaccine distribution capabilities and limited availability of vaccine in the international market. However, Bangladesh Government has entered a repatriate agreement with the Government of India, the Serum Institute of India and Beximco of Bangladesh to purchase 30 million doses of Oxford-AstraZeneca vaccine. According to newspaper reports, the government will spend around $6.25 for each dose of the vaccine acquired from the Serum Institute of India. It has been learned that the amount includes the cost of the vaccine, transportation to the fixed storage of the government, local transportation and other expenses related to administering the vaccine.

Bangladesh has already received the first consignment of 5m doses from India in January, and a rest of the doses are expected to be delivered over the next 6 months. Meanwhile, the government of India has gifted 2 million doses of vaccines as a gesture of goodwill and friendship. In the course of time, Bangladesh will receive vaccine free of costs from other international sources. In the coming months, Bangladesh is expected to receive 68 million vaccines for 20 per cent of its population from the WHO, COVAX facility. The Bangladeshi nationals will receive the vaccine free as per the decision of the government.

As mentioned earlier, the full scale vaccination program has been rolled out across the country. In the coming days, the government intends to inoculate everyone aged over 55 and those of certain professions. The age group mentioned is about 14 per cent of our total population which is a little over 23 million people. People will be inoculated at every district and Upazila. However, it has been reported that as of February 6, 2021, only a little over 3.5 lakh people registered online for the vaccine. It is believed that absence of a mass awareness campaign, difficulties in online registration, scepticism and misinformation about the after effects of the vaccines are the reasons behind the lack of expected enthusiasm of the people for online registration.

However, it may be mentioned here that about a fifth of the world population is not interested in inoculation. In the USA about 34 per cent and in France about 60 per cent are not in favour of vaccination. However, it needs to be communicated to the people that vaccination is a simple, safe, and effective way of protecting people, especially against Corona-19 virus. It helps body’s natural defences to build resistance to infections and makes immune system stronger. Now there are vaccines available to protect against many diseases, like diphtheria, tetanus, pertussis, influenza and measles. These vaccines, every year, save the lives of millions. During the Covid-19 pandemic, vaccination is even more critically important. There are two important reasons for vaccination; first, to protect oneself, and second, to protect others around them. It should be remembered that everyone cannot be vaccinated for various reasons including very young babies, those who are seriously ill or have certain allergies and other health complications. These people depend on others being vaccinated to ensure they are also safe from vaccine-preventable diseases.

The development of vaccines against the Covid-19 virus was a Herculean task, especially on the part of the scientists. It was a fight against time. The vaccines have been developed in record time surpassing all previous records. Now these are to be rolled out successfully so that normalcy is restored in life. People from all walks of life can resume all their usual activities and can lead a healthy and fear free life. To make it successful, especially in Bangladesh, we need to undertake a concerted effort to dispel all perceived misconceptions and uncertainties with respect to the vaccine and encourage everybody eligible for the inoculation through mass awareness development.