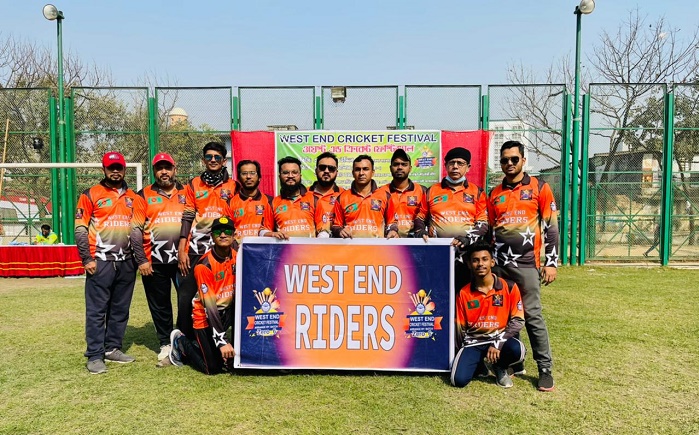 Total eight teams took part in an 8-over knockout tournament where West End Dynamic clinched the title with an exciting 12-run triumph over West End Challengers in the final under the lights.

“I witnessed and proudly enjoyed a beautiful cricket tournament. This is such a fine get-together. It was nice to see that some renowned persons were present in the opening ceremony. Our Prime Minister Sheikh Hasina is a sports lover. With her support Bangladesh cricket team is now a big name in world cricket. Shahid Haji Abdul Alim Playground is looking such a beautiful playground after its construction. We are optimistic the playground will host the upcoming Mayor Cup Cricket Tournament.” Arun Kanti Biswas, acting Head Master of West End High School said.

After plenty of sixes, fours and exciting finishes in the league stage, the action shifted into semifinals under the lights where West End Challengers and West End Dynamic clinched the final spot after beating their respective opponents in the semifinals. Thousands of local crowd witnessed the cricket tournament and cheered their favourite teams.