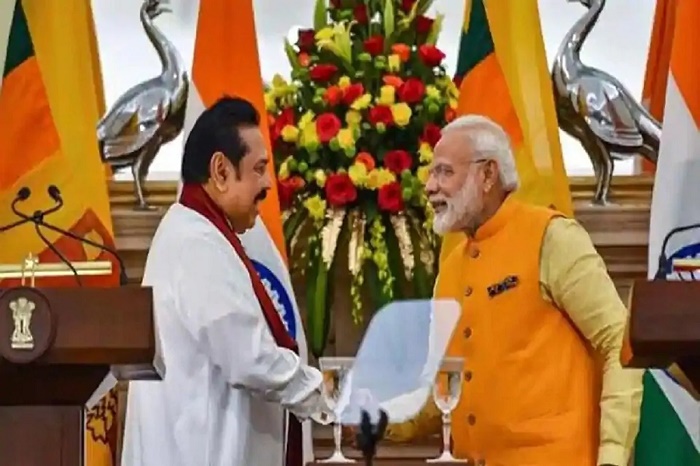 The day Sri Lanka backed out of the joint partnership with India and Japan for the much-hyped East Container Terminal (ECT) project at Colombo port, a move that shocked both New Delhi and Tokyo, Sri Lanka’s Central Bank (CBSL) also returned the USD 400 million currency swap to India, foreclosing a key debt.

Sri Lanka had availed this facility in July 2020 to meet some immediate expenses during the Covid-induced lockdown. However, both the nations kept quiet about it.

After a section of the media and opposition politicians started talking about a “pissed off” India asking Sri Lanka to return its money, Central Bank of Sri Lanka (CBSL) put out a tweet confirming the repayment but denied any pressure or request from India for a premature settlement.

However, a leading Sri Lankan economist, opposition MP and former minister Harsha de Silva put out a tweet responding to CBSL’s tweet, implying that Sri Lanka’s foreign reserves are falling drastically and it did not have enough funds to repay the money.

Later in the day, the Government of India put out a statement confirming the development that was "as scheduled". "The swap facility was drawn by CBSL on 31 July 2020 for an initial period of three months. A 3-month rollover was provided at CBSL’s request till 01 February 2021. Further extension would require Sri Lanka having a successfully negotiated staff-level agreement for an IMF programme, which Sri Lanka does not have at present. CBSL settled the swap facility with RBI as scheduled and this was clarified by CBSL on 05 February 2021."

Even though Sri Lanka’s foreign ministry and its central bank, too, maintain that it was a routine matter and has nothing to do with the collapse of the ECT deal, some in the media and opposition see a Chinese hand behind all recent developments concerning Indo-Lanka relationships.

Sri Lanka’s Finance Secretary S.R. Attygalle told media that CBSL had settled the due amount, which was to mature on February 2, It was, however, due to be settled by November 2022, claim some officials. The Finance Secretary said that discussions are underway to obtain further currency swap facilities from China and India.

After a good beginning, the Indo-Lanka relationship has seen a sharp decline in the last few weeks, under the current regime in the Indian Ocean island nation.

According to some reliable sources, China is behind the recent developments. To checkmate two of its traditional rivals and neighbours India and Japan, Beijing allegedly put enormous pressure on the Rajapaksa brothers to go back on their words to New Delhi and Tokyo. They even allege that some of the protests against the partnership with these two nations were funded by the Chinese embassy in Sri Lanka. More than 25 port trade unions had threatened industrial action against the government if it did not keep India and Japan out of the ECT project.

Against the backdrop of the development, India apparently sees a Chinese hand in orchestrating and funding the protests against the ECT deal by the trade unions in Sri Lanka.